The Court's unanimous  opinion in Susan B. Anthony List v. Driehaus, a challenge to an Ohio election law prohibiting false statements, reversed the Sixth Circuit's determination that the case was not ripe.  Recall that Driehaus had filed a complaint with the Ohio Elections Commission about an advertisement from Susan B. Anthony List, but the Sixth Circuit held the SB List could not show "an imminent threat of prosecution at the hands of any defendant" and thus could not "show a likelihood of harm to establish that its challenge is ripe for review."

As we discussed after oral argument, the Justices seemed inclined to find the courts had Article III power to hear the case, although there was some doctrinal fuzziness whether the case should be analyzed as one of "standing" or one of "ripeness."  Footnote 5 of the opinion by Justice Thomas for the Court resolves the question firmly in favor of standing: 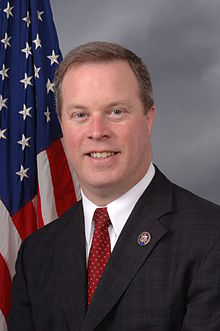 The Court reiterated the established criteria: (1) an "injury in fact" (2) a sufficient “causal connection between the injury and the conduct complained of,” and (3) a likelihood that the injury “will be redressed by a favorable decision," noting that the hurdle for the organization of Susan B. Anthony List was the "injury in fact" requirement.  To establish "injury in fact," the organization had to demonstrate the threat of future prosecution by the election board was sufficiently "concrete and particularized” and “actual or imminent, not ‘conjectural’ or ‘hypothetical,’” and "certainly impending,” or there is a “‘substantial risk’ that the harm will occur.”

The shadow of the First Amendment was apparent in the Court's reasoning: "The burdens that [Election] Commission proceedings can impose on electoral speech are of particular concern here."

The Court's relatively short and unanimous opinion breaks no new ground.  It draws on establishing standing precedent which it applies in a relatively straightforward manner, and then quickly dispatches the "prudential" rationale for rejecting jurisdiction.

However, it's worth considering as a contrast a case uncited by the Court - - - Los Angeles v. Lyons (1983) - - - in which a deeply divided Court decided that Adolph Lyons did not have standing to challenge the City of Los Angeles police department's sometimes fatal practice of administering a "chokehold" to persons it stopped for traffic violations.  As Justice Marshall wrote in the dissenting opinion (joined by Justices Brennan, Blackmun, and Stevens):

Since no one can show that he will be choked in the future, no one — not even a person who, like Lyons, has almost been choked to death — has standing to challenge the continuation of the policy. The city is free to continue the policy indefinitely as long as it is willing to pay damages for the injuries and deaths that result. I dissent from this unprecedented and unwarranted approach to standing.

Perhaps Susan B. Anthony List demonstrates that Justice Marshall's view has proven to be correct and that Lyons can now be disregarded.  Or perhaps, studies such as this and this are correct that the status of Susan B. Anthony List as an anti-abortion organization and the status of Adolph Lyons as an African-America male confronting law enforcement are just as important as doctrine.