In its opinion in Desertain v. City of Los Angeles, the Ninth Circuit held that a provision of the Los Angeles municipal code prohibiting using automobiles as living quarters was unconstitutionally vague in violation of the Due Process Clause of the Fourteenth Amendment.

Section 85.02 of the municipal code, entitled "Use of streets and public parking lots for habitation" provides: 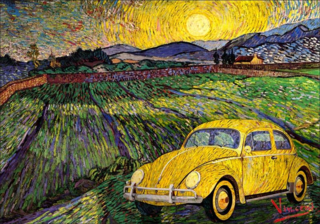 In finding the provision unconstitutionally vague, the court's opinion authored by Judge Harry Pregerson considered whether it gave adequate notice of the acts prohibited as required by City of Chicago v. Morales, 527 U.S. 41 (1999), and focused on the four plaintiffs and their arrests:

Plaintiffs are left guessing as to what behavior would subject them to citation and arrest by an officer. Is it impermissible to eat food in a vehicle? Is it illegal to keep a sleeping bag? Canned food? Books? What about speaking on a cell phone? Or staying in the car to get out of the rain? These are all actions Plaintiffs were taking when arrested for violation of the ordinance, all of which are otherwise perfectly legal. And despite Plaintiffs’ repeated attempts to comply with Section 85.02, there appears to be nothing they can do to avoid violating the statute short of discarding all of their possessions or their vehicles, or leaving Los Angeles entirely. All in all, this broad and cryptic statute criminalizes innocent behavior, making it impossible for citizens to know how to keep their conduct within the pale.

As the court noted, the ordinance was "amorphous" enough to include "any vacationer who drives through Los Angeles in an RV."

However, the seeming reality that vacationers in RVs were not arrested led the court to its second reason for concluding the ordinance was unconstitutionally vague.  The court found that the ordinance "promotes arbitrary enforcement that targets the homeless," as is inconsistent with Papachristou v. City of Jacksonville, 405 U.S. 156 (1972).  The ordinance is "broad enough to cover any driver in Los Angeles who eats food or transports personal belongings in his or her vehicle," yet "it appears to be applied only to the homeless."  While the city might certainly have relied upon a limiting construction, its memo attempting to do so was "disfavored" by the law enforcement head of the homelessness task force and police officers did not follow it.

In the first pages of the opinion, the court discussed four of the individual plaintiffs in detail.  In its final paragraph, the court summarized their plight and its rationale:

For many homeless persons, their automobile may be their last major possession — the means by which they can look for work and seek social services. The City of Los Angeles has many options at its disposal to alleviate the plight and suffering of its homeless citizens. Selectively preventing the homeless and the poor from using their vehicles for activities many other citizens also conduct in their cars should not be one of those options.

Listed below are links to weblogs that reference Ninth Circuit Declares LA's Prohibition of Vehicle as "Living Quarters" Unconstitutional: