In his decision today in Baskin v. Bogan, United States District Judge Richard Young permanently enjoined Indiana officials from enforcing its requirement that marriage requires a female and a male, and its ban on the recognition of same sex marriages legally valid in other states, Indiana Code Section 31-11-1-1 (subsections a & b). 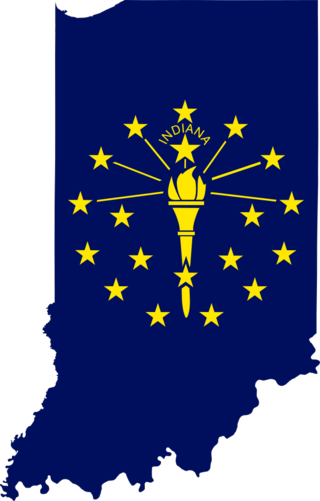 After resolving problems of the proper defendant and quickly disposing of the argument that Baker v. Nelson's summary finding by the Supreme Court in 1972 has meaningful precedential value, Judge Young's opinion proceeds along three separate tracks.

First, Judge Young finds that marriage is a fundamental right and therefore the statutory ban on same-sex marriage should be subject to strict scrutiny.  Judge Young concluded that the scope of the fundamental right is not limited, quoting Judge Black's opinion in Henry v. Himes that the United States Supreme Court has not limited this fundamental right in its pertinent cases; the Court  "consistently describes a general ‘fundamental right to marry’ rather than ‘the right to interracial marriage,’ ‘the right to inmate marriage,’ or ‘the right of people owing child support to marry.’"  Applying strict scrutiny, Judge Young articulates the state's proffered interest "in conferring the special benefit of civil marriage to only one man and one woman is justified by its interest in encouraging the couple to stay together for the sake of any unintended children that their sexual union may create," but declines to asess it and assumes that it is "sufficiently important interest."  However, Judge Young finds that the state has not demonstrated that the statute is “closely tailored” to that interest, but instead is  "both over- and under-inclusive."

Second, Judge Young analyzes the statute on the basis of equal protection, rejecting the argument that the statute makes a gender classification and concluding that it makes a sexual orientation classification.  While Judge Young contends that while it might be time to "reconsider" whether sexual orientation classifications should be analyzed under rational basis scrutiny, the "court will leave that decision to the Seventh Circuit, where this case will surely be headed."  Applying rational basis scrutiny, however, Judge Young concludes that there is no rational relationship to the interests proffered by the state.

Third, Judge Young independently analyzes subsection b of the statute, applying to recognition.  The judge notes that the "parties agree that out-of-state, same-sex marriages are treated differently than out-of-state, opposite-sex marriages," and thus "the question is whether that difference violates the Equal Protection Clause."  Again, applying rational basis scrutiny, Judge Young concludes:

Defendants proffer that the state refuses to recognize same-sex marriages because it conflicts with the State’s philosophy of marriage – that is that marriage is to ameliorate the consequences of unintended children. Recognizing the valid same-sex marriages performed in other states, however, has no link whatsoever to whether opposite-sex couples have children or stay together for those children. Thus, there is no rational basis to refuse recognition and void out-of-state, same-sex marriages.

Judge Young's opinion is economical (at 36 pages), well-structured, and well-supported with relevant citations.  Judge Young did not issue a stay of his opinion.  One assumes that such a decision may be sought from the Seventh Circuit.