On this last day of the 2013-2014 Term, the Court delivered its long-awaited opinion in "Hobby Lobby" - - now Burwell v. Hobby Lobby, Inc. consolidated with Conestoga Woods Specialties Corp. v. Burwell - - - on the question of whether corporations (or their owner/shareholders) be able to interpose a religious objection under RFRA (the Religious Freedom Restoration Act)  to a federal requirement that employers provide health insurance to employees that includes contraceptive coverage?  Here's our primer on the issues for more detail.  Recall that the Tenth Circuit en banc in Hobby Lobby ruled for the corporation, while the Third Circuit panel in Conestoga Woods ruled for the government, and several other courts entered the fray with disparate results.

The oral arguments  in March were contentious and so too are the opinions in this 5-4 decision. 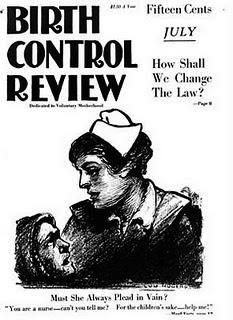 The majority opinion, authored by Justice Alito, holds that closely-held corporations such as Hobby Lobby and Conestoga Wood Specialties are "persons" within the meaning of RFRA and thus are entitled to raise a claim.  The Court looks at Congressional intent in RFRA, its own precedent allowing RFRA claims by nonprofit corporations, and policy issues about the difficulty of determining the "beliefs" of a corporation, and held that closely held corporation that make a profit are "persons" within RFRA.

The Court then held that the challenged HHS regulations ("the contraceptive mandate") did substantially burden the business owners religious beliefs because they believe if they comply with the mandate they will be "facilitating abortions" and if they do not comply, they will face substantial fines. The Court rejected the argument that the link between the insurance coverage paid by an employer and an employee being reimbursed by the insurance company for obtaining contraception was too attenuated.

Given this finding, under RFRA, the Court applies "strict scrutiny," but interestingly assumes that the government satisfies the "compelling government interest" prong.  However, the Court finds that the HHS mandate is not the "least restrictive means" to accomplish its goal: the system already in place for accommodating the religious beliefs of nonprofit entities granted exemptions under the regulations and statute.

Justice Kennedy writes a brief concurring opinion.  As we discussed,  Kennedy was focused on as the "Justice to watch" and he stresses that the existence of government accommodation already in existence.

The "principal dissent" (as the Court's opinion often characterizes it) is by Justice Ginsburg,  joined by Sotomayor in full, and by Breyer and Kagan (except to a section regarding the construction of RFRA as applying to corporate persons).  The dissent begins by labeling the majority's decision as one of "startling breadth" that allows corporations to "opt out" of  "any law (saving only tax laws) they judge incompatible with their sincerely held religious beliefs."  Justice Ginsburg argues there is a slippery slope in the majority's least restrictive means analysis, despite the majority's attempt to cabin it:

And where is the stopping point to the “let the government pay” alternative? Suppose an employer’s sincerely held religious belief is offended by health coverage of vaccines, or paying the minimum wage, or according women equal pay for substantially similar work? Does it rank as a less restrictive alternative to require the government to provide the money or benefit to which the employer has a religion-based objection? Because the Court cannot easily answer that question, it proposes something else: Extension to commercial enterprises of the accommodation already afforded to nonprofit religion-based organizations. “At a minimum,” according to the Court, such an approach would not “impinge on [Hobby Lobby’s and Conestoga’s] religious belief.”  I have already discussed the “special solicitude” generally accorded nonprofit religion-based organizations that exist to serve a community of believers, solicitude never before accorded to commercial enterprises comprising employees of diverse faiths.

Ultimately, the Court hedges on its proposal to align for- profit enterprises with nonprofit religion-based organizations. “We do not decide today whether [the] approach [the opinion advances] complies with RFRA for purposes of all religious claims.”  Counsel for Hobby Lobby was similarly noncommittal.

Whether or not the Court's opinion is narrow or broad might depend more on one's political outlook and one's view of the Court as "chipping away" or as "careful crafting."

However, recall that RFRA - - - the Religious Freedom Restoration Act - - - is a statute passed by Congress that changed the standard of review the Court had announced be accorded religious claims; many now believe that Congress will be called upon to change RFRA, including perhaps the definition of "person" to exclude for-profit corporations, or to repeal RFRA in its entirety.

I really doubt the congress will repeal RFRA. To many People would lose protections presumed to have been in place for over two centuries if that happened. RFRA was passed near unanimously in 1993 and strengthened unanimously in 2000. The political will to amend or overturn it seems unlikely to exist.

Perhaps the Court's decision in Hobby Lobby will change the political valence. Here's more of our discussion: http://lawprofessors.typepad.com/conlaw/2014/07/after-hobby-lobby-what-now.html