In his opinion in Whitewood v. Wolf, Judge John E. Jones, III, announced that Pennsylvania would "join the twelve federal district courts across the country" that had declared their respective same-sex marriage bans unconstitutional.

The judge considered both a Due Process and Equal Protection challenge to Pennsylvania's statutory ban on same-sex marriage and found both had merit. 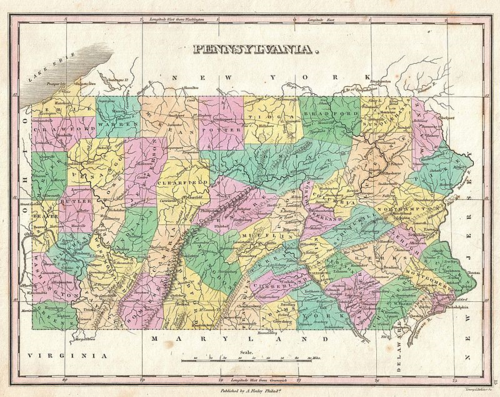 Regarding due process, he concluded that

the fundamental right to marry as protected by the Due Process Clause of the Fourteenth Amendment to the United States Constitution encompasses the right to marry a person of one’s own sex. . . . that this fundamental right is infringed upon by 23 Pa. C.S. § 1102, which defines marriage as between one man and one woman and thus precludes same-sex marriage. Accordingly, 23 Pa. C.S. § 1102 is unconstitutional.

Judge Jones' equal protection analysis first considered the proper level of scrutiny for sexual orientation and after extensive discussion of the factors (a modified Carolene Products analysis), he concluded that sexual orientation classifications are quasi-suspect and deserve heightened scrutiny. The application of this standard is relatively brief:

Significantly, Defendants claim only that the objectives are “legitimate,” advancing no argument that the interests are “important” state interests as required to withstand heightened scrutiny. Also, Defendants do not explain the relationship between the classification and the governmental objectives served; much less do they provide an exceedingly persuasive justification. In essence, Defendants argue within the framework of deferential review and go no further.  Indeed, it is unsurprising that Defendants muster no argument engaging the strictures of heightened scrutiny, as we, too, are unable to fathom an ingenuous defense saving the Marriage Laws from being invalidated under this more-searching standard.

Resembling many of the other opinions, including yesterday's opinion from an Oregon federal judge, Judge Jones' 39 page opinion acknowledges its part in a growing trend, cites all the other federal cases, includes a reference to Scalia's dissenting opinion in Windsor to support its rationale, and includes an acknowledgement of the divisiveness of the issue but invokes a historical perspective (represented by Plessy v. Ferguson and Brown v. Board of Education) in its relatively brief conclusion.

It differs from other similar opinions in explicitly resting its Equal Protection analysis in intermediate scrutiny befitting a quasi-suspect class.

But the doctrinal differences are less noteworthy than the tide of federal judges (and some state judges) striking down their state laws banning same-sex marriage.