In a 57 page opinion today in Latta v. Otter, federal judge Candy Wagahoff Dale concluded that Idaho's statutory and state constitutional bans on same-sex marriage violated the Equal Protection and Due Process Clauses of the Fourteenth Amendment and issued a permanent injunction.  (Judge Candy Dale is the Chief Magistrate Judge of the District of Idaho).

The judge was well aware of joining the trend of recent decisions finding state laws banning same-sex marriage unconstitutional, writing that the principle of judicial protection of "fundamental rights" regardless of majoritarian concerns 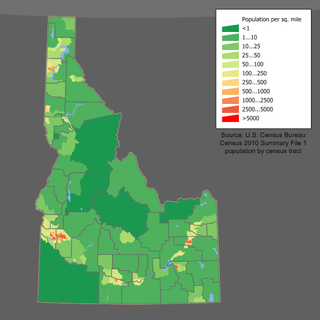 resonates today, as 10 federal courts across the country have in recent months reached similar conclusions on the very issues present in this case. Considering many of the same arguments and much of the same law, each of these courts concluded that state laws prohibiting or refusing to recognize same-sex marriage fail to rationally advance legitimate state interests. This judicial consensus was forged from each court’s independent analysis of Supreme Court cases extending from Loving through Romer, Lawrence, and Windsor. The logic of these precedents virtually compels the conclusion that same-sex and opposite-sex couples deserve equal dignity when they seek the benefits and responsibilities of civil marriage. Because Idaho’s Marriage Laws do not withstand any applicable form of constitutional scrutiny, the Court finds they violate the Fourteenth Amendment to the United States Constitution.

The passage includes a footnote citing all the federal cases (but not the state judge in Arkansas just last week or the New Mexico Supreme Court).  Judge Dale also includes a quotation from Justice Scalia: "But ‘preserving the traditional institution of marriage’ is just a kinder way of describing the State’s moral disapproval of same-sex couples.” Lawrence, 539 U.S. at 601 (Scalia, J., dissenting)," in support of her conclusion that the constitutional amendment approved by the voters was motivated by animus.

In one unique aspect, Judge Dale specifically considered SmithKline Beecham Corporation (GSK) v. Abbott Laboratories, a unanimous panel of the Ninth Circuit in January that extended the equal protection rule and analysis of Batson v. Kentucky (1986) regarding juror exclusions to those based on sexual orientation.  Judge Dale specifically found that the  "SmithKline’s examination of Windsor is authoritative and binding upon this Court" and that:

In this Court’s view, SmithKline establishes a broadly applicable equal protection principle that is not limited to the jury selection context.

On the whole, although Judge Dale repeatedly finds marriage to be a fundamental right, the opinion ultimately contends that the same-sex marriage bans fail to satisfy even the lowest rational basis review.

Judge Dale did not issue a stay, but given the effective date of the injunction as Friday, May 16, there are sure to be stay requests.