Daily Read: Michele Gilman on the "Court for the One Percent"

If the defining issue of the United States is inequality, how is the nation's highest Court addressing that issue?

According to Michele Gilman's new article, A Court for the One Percent: How the Supreme Court Contributes to Economic Inequality, forthcoming in the Utah Law Review and available on ssrn, the Court is decidely part of the problem rather than part of the solution. 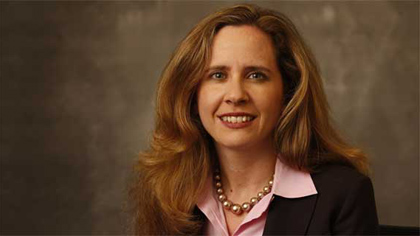 Gilman's article is valuable because it traverses several different doctrinal areas.  Obviously, she discusses Citizens United.  But - - - refreshingly - - - she argues that "Citizens United is just one piece of a larger problem."  She contends that this problem did not begin with the Roberts' Court, as her discussions of Harris v. McCrae, San Antonio Independent School District v. Rodriguez, and Dandridge v. Williams illustrate.  Ultimately, she suggests that the Court stands in the way of addressing inequality because the legislative and policy suggestions that have worked in other "affluent democracies" will be deemed unconstitutional in the United States:

We currently have a Court majority that is not only unsympathetic to inequality arguments, but also seemingly oblivious to (or skeptical of) the connection between government policies and market outcomes. The Court has ruled that it is up to the legislative branch, rather than the Courts, to remedy economic inequality. Yet, the Court has doomed legislative enactments that would ameliorate inequality, such as desegregation plans, campaign finance reforms, and consumer protection laws. Conversely, when legislatures enact policies that tend to worsen economic inequality or magnify its effects, the Court defers, such as school financing laws and voter identification requirements. In short, the Court’s rulings consistently sustain policies that create or maintain economic inequality.

Gilman has some explanations for this state of affairs, but, more importantly, she proposes a proactive five point plan of change.   This important article is worth a read.

Listed below are links to weblogs that reference Daily Read: Michele Gilman on the "Court for the One Percent":