In an opinion issued late today in Wright v. Arkansas, Circuit Judge Charles Piazza declared unconstitutional Arkansas Act 144 and Arkansas Amendment 83, both of which define marriage as limited to one man and one woman.  The decision rests on the  Fourteenth Amendment's Equal Protection and Due Process Clauses, as well as on ARK. Const., art 2 §2, with equality and liberty provisions.

And, as Justice Scalia has noted in dissent, " 'preserving the traditional institution of marriage' is just a kinder way of describing the State's moral disapproval of same-sex couples." Lawrence, 539 U.S. at 601 (Scalia, J., dissenting). 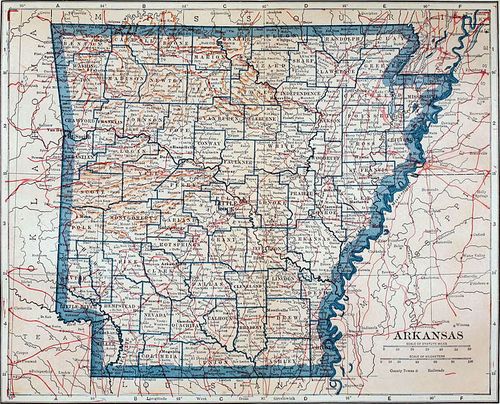 The Arkansas Supreme Court has previously addressed the right to privacy as it involves same-sex couples. ln Jegley v. Picado, the Arkansas Supreme Court struck down the sodomy statute as unconstitutional in violating Article 2, §2 and the right to privacy. 349 Ark. 600, 638 (2002). Justice Brown, in Arkansas Dep't of Human Services v. Cole, noted "that Arkansas has a rich and compelling tradition of protecting individual privacy and that a fundamental right to privacy is implicit in the Arkansas Constitution." 2011 Ark. 145, 380 S.W. 3d. 429, 435 (2011) (citing Jegley, id. at 632). The Arkansas Supreme Court applied a heightened scrutiny and struck down as unconstitutional an initiated act that prohibited unmarried opposite-sex and same-sex couples from adopting children. Id at 442. The exclusion of same-sex couples from marriage for no rational basis violates the fundamental right to privacy and equal protection as described in Jegley and Cole, supra. The difference between opposite-sex and same-sex families is within the privacy of their homes.

The judge did not stay the opinion; it may be that some attorneys for the state of Arkansas will have a very busy weekend.