Prompted by an incident last September involving the tweet of a journalism professor at the University of Kansas linking the NRA's Second Amendment advocacy to a gun shooting that left thirteen people dead - - - and the university's strong reaction to it - - - the Kansas Board of Regents engaged in a reconsideration of its "social media" policy.

It includes suggestions of a workgroup emphasizing academic freedom and the First Amendment. 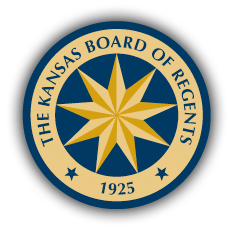 3.  The United States Supreme Court has held that public employers generally have authority to discipline their employees for speech in a number of circumstances, including but not limited to speech that:

i.  is directed to inciting or producing imminent violence or other breach of the peace and is likely to incite or produce such action;

ii.  when made pursuant to (i.e. in furtherance of) the employee’s official duties, is contrary to the best interests of the employer;

iv.  subject to the balancing analysis required by the following paragraph, impairs discipline by superiors or harmony among co-workers, has a detrimental impact on close working relationships for which personal loyalty and confidence are necessary, impedes the performance of the speaker’s official duties, interferes with the regular operation of the employer, or otherwise adversely affects the employer's ability to efficiently provide services.

In determining whether an employee’s communication is actionable under subparagraph iv, the interest of the employer in promoting the efficiency of the public services it performs through its employees must be balanced against the employee’s right as a citizen to speak on matters of public concern.

While the policy may be a fair attempt to articulate Garcetti v. Ceballos, such an articulation does little to clarify the rights of publicly employed academics to speak - - - on social media or otherwise - - - about controversial issues.  The current case before the United States Supreme Court, Lane v. Franks, is not likely to address the broader issues.

Returning to the journalism professor's tweet, now that there is an amended policy, is it any more clear that he could (or could not) be disciplined?  Or will the policy merely chill speech?

Listed below are links to weblogs that reference Academic Freedom in Kansas: