The Constitutionality of Anti-LGBT Discrimination Laws: US and UK Comparisons Continued

Recall that in November 2013 we posted "UK Supreme Court Confronts Clash Between Freedom of Religion and Gay Equality: Is the Issue Coming to The US Supreme Court Soon?"

The answer is "no," at least if "soon" means the case discussed in that post, Elane Photography v. Willock, a decision from the New Mexico Supreme Court in favor of a same-sex couple against a wedding photographer.  The petition concentrated on the First Amendment speech rights of the photographer rather than religious rights; the Court denied certiorari today. 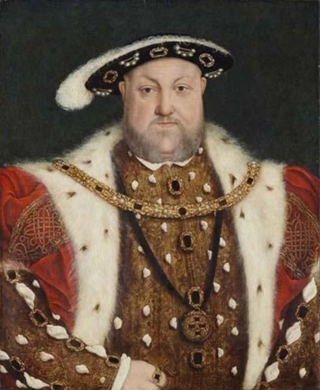 King Henry VIII, an important figure
in the "Church of England"

Meanwhile, Lady Brenda Hale, a Justice on the UK Supreme Court, appeared at a Comparative and Administrative Law Conference last month at Yale and spoke on the topic of "Religion and Sexual Orientation: The clash of equality rights,"  posting her written remarks on the UK Supreme Court site.  Justice Hall considered the Bull case which we discussed as well as cases from Canada and the EU, all presenting the same basic issue: should religious persons be exempt from anti-discrimination laws?  Justice Lady Hale offers some interesting observations: "it is fascinating that a country with an established church can be less respectful of religious feelings than one without."  She also discusses direct and indirect discrimination and reiterates a point she made in the Bull case itself:

Both homosexuals and Christians were subject to the same laws requiring them not to discriminate in the running of their businesses. So if homosexual hotel keepers had refused a room to an opposite sex or Christian couple, they too would have been acting unlawfully.

This leads her to proclaim:

If you go into the market place you cannot pick and choose which laws you will obey and which you will not.

This may be an indication of how Lady Brenda Hale would rule in Hobby Lobby so recently argued before the United States Supreme Court, assuming the English Parliament would enact a statute similar to the Religious Freedom Restoration Act.

Another difference: The arguments before the UK Supreme Court are televised live.

Listed below are links to weblogs that reference The Constitutionality of Anti-LGBT Discrimination Laws: US and UK Comparisons Continued: