Recall that Judge Black previously issued an opinion in Obergefell v. Kasich with a similar conclusion, although that opinion was limited to the particular plaintiffs.  Judge Black's preliminary injunction ruling in Obergefell was the first post-Windsor decision on same sex marriage, and interestingly used some of Justice Scalia's dissenting language to support his reasoning. 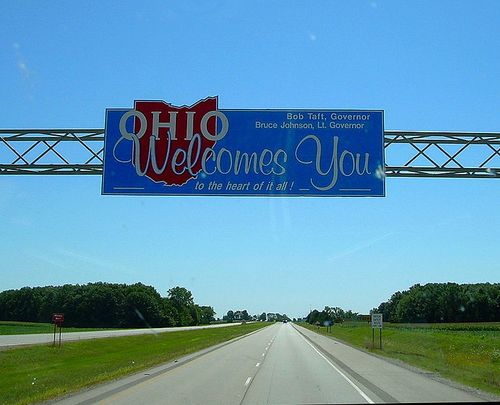 While Obergefell involved a person who was dying, the plaintiffs in Henry are same-sex couples expecting children or with children.  The four plaintiff couples, who entered into valid marriages in other jurisdictions, seek to have the names of both parents recorded on their children’s Ohio birth certificates and a declaration that Ohio’s refusal to recognize valid same-sex marriages is unconstitutional.  Judge Black relied heavily on his previous rationale in Obergefell, and again found that while marriage is a fundamental right, the Supreme Court has not explicitly recognized it as such, and "the balancing approach of intermediate scrutiny is appropriate in this similar instance where Ohio is intruding into – and in fact erasing – Plaintiffs’ already- established marital and family relations."  Again, Judge Black footnotes Professor Steve Sanders work on the liberty interest in having one's marriage recognized.

In the equal protection analysis, Judge Black does advance a distinct rationale for "heightened scrutiny" given that the children's birth certificates are involved.  He writes that the "Supreme Court has long held that disparate treatment of children based on disapproval of their parents’ status or conduct violates the Equal Protection Clause," citing Plyler v. Doe, 457 U.S. 202 (1982).  But, as in Obergefell, he also explicitly found that even if rational basis were applied, the Ohio provisions failed to satisfy it.

On the last page of Judge Black's opinion is the text of a song, "Happy Adoption Day" (1992).  For some, this will seem appropriate and celebratory.  For others, this will seem indecorous and treacly. Judge Black's previous statements have displeased at least one state representative - - - who has introduced a resolution in the Ohio legislature calling for the House of Representatives of Congress to initiate impeachment proceedings.