The Eleventh Circuit's opinion in Arcia v. Florida Secretary of State, Detzner concludes that Florida's program to remove "suspected non-citizens" from the voter rolls in 2012 violated Section 8(c)(2)(A) of the National Voter Registration Act (the 90 Day Provision) which requires states to “complete, not later than 90 days prior to the date of a primary or general election for Federal office, any program the purpose of which is to systematically remove the names of ineligible voters from the official lists of eligible voters.” 42 U.S.C. § 1973gg-6(c)(2)(A).

While the case rests on an issue of statutory application, it raises two constitutional concerns. 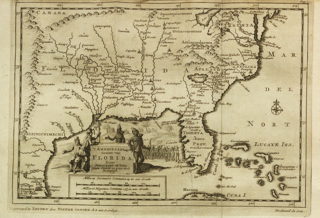 First, there are Article III concerns of standing and mootness, with the Secretary of State arguing the court should not exercise jurisdiction over the matter.  The standing argument as to the individual plaintiffs focused on the lack of "injury in fact," but the court found that they were directly injured when they were wrongly identified as noncitizens, even though they were not ultimately prevented from voting.  Additionally, they had standing to challenge Florida's second attempt to remove voters by showing "imminent injury."   The standing argument as to the organization plaintiffs  -- Florida Immigration Coalition, Inc., The National Congress for Puerto Rican Rights, and 1199SEIU United Healthcare Workers East - - - was resolved by the court's conclusion applying both a diversion-of-resources theory and an associational standing theory.

The court likewise rejected the mootness argument.  Although the 2012 election had certainly passed, the court found that the situation fit squarely within the “capable of repetition, yet evading review” exception to the mootness doctrine.  It reasoned that the challenged action fit both prongs of the test: the action in its duration was too short to be fully litigated prior to cessation or expiration; and there is a reasonable expectation that the same complaining party will be subject to the same action again.

The other constitutional aspect of the case involved the interpretation of the federal statute's 90 day provision itself:

Listed below are links to weblogs that reference Eleventh Circuit Invalidates Florida's Attempt to Remove Voters from Rolls: