Disparate Views of the Secret Service: The Court and the Realities?

In the oral arguments last week in Wood v. Moss and the Court's 2012 decision in Reichle v. Howards, the Secret Service was center stage.  Recall that both cases involve qualified immunity for Secret Service agents against constitutional claims and raise the specter that the individual agents acted inappropriately.  And in both cases, there is some valorization of the agents and their difficult task of protecting the President (in Wood) and the Vice-President (in Reichle). 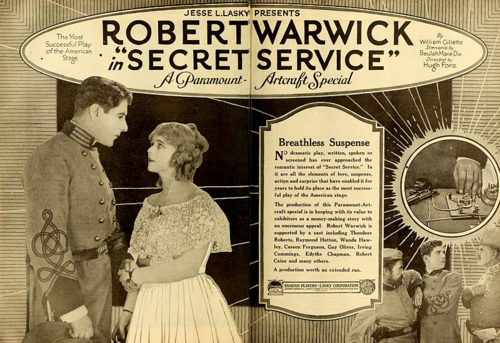 Arguing for the United States Government in Wood v. Moss, the Deputy Solicitor General expressed the fear that not upholding qualified immunity would lead to a "demoralization of the service leaning in the direction of being overly careful and therefore risking the life of the President" and that allowing discovery is "exactly the nightmare scenario that the Secret Service fears" including "
discovery into what the agents were thinking" and "what the Secret Service's policies were."

And in Reichle, Justice Ginsburg concurring in the unanimous opinion, discusses the difficult facts in the case as well as deference to the agents' role:

Officers assigned to protect public officials must make singularly swift, on the spot, decisions whether the safety of the person they are guarding is in jeopardy. In performing that protective function, they rightly take into account words spoken to, or in the proximity of, the person whose safety is their charge. Whatever the views of Secret Service Agents Reichle and Doyle on the administration’s policies in Iraq, they were duty bound to take the content of Howards’ statements into account in determining whether he posed an immediate threat to the Vice President’s physical security. Retaliatory animus cannot be inferred from the assessment they made in that regard.

But one wonders how positive views of the Secret Service suffer given recurrent scandals involving the Secret Service.  As the United States Supreme Court was considering Reichle, there was the scandal in Colombia involving more than a dozen agents, but a later Homeland Security report (official synposis here) found that there was not "widespread sexual misconduct."  Most recently, at least one agent assigned to protect the President was reportedly "found drunk and passed out in a hotel hallway."  This latest scandal was reportedly not good news for the Secret Service's first woman director who has "tried to implement reforms."  One former Secret Service agent writes in a WaPo op-ed that the problem is not bad agents but bad leadership."

But whether attributed to bad leadership or what might be called "bad apples," should these revelations about the bad judgments of secret service agents influence the Court's own judgments?  Doctrines such as qualified immunity and strict pleading requirements that prevent discovery serve to protect Secret Service agents from their "nightmares" (as the Deputy Solicitor General phrased it), but might they also insulate the Secret Service from responsibility for the nightmares they cause others.

Listed below are links to weblogs that reference Disparate Views of the Secret Service: The Court and the Realities?:

Having a friend and another college acquaintance with the Secret Service who both served on Presidential details for protracted amounts of time, I think that Justice Ginsberg’s point “[w]hatever the views of Secret Service Agents … they were duty bound to take the content of … statements into account in determining whether he posed an immediate threat to the Vice President’s physical security” is central.

When teasing these agents in social settings “so, you’re to blame for ____________ not facing the physical perils of policy decisions,” the patent response has always been “you elect’em, we protect’em.”

Obviously, the more recent behaviors call into question the “judgment” of a limited sample of this generation of agents. Reasonably, where a pattern of behaviors emerge questioning the personal judgment of field agents it diminishes the credibility of agents “determinations…of immediate threat.” The feedback I’ve gotten on specific inquiry of these events of improper and imprudent behaviors is that it is “generational.” The culture of expected comportment of behavior as an agent of the Secret Service has been relatively consistent. These details are “plum” assignments and the “vetting process” may be what should be reformed.

Thus, based on the very limited sampling of my inquiry, I think it is improper to impute the deterioration in behavior “to the first female director” or a lack of overall leadership. To establish precedent based upon relatively contemporary behavior would lead to the very concern of the Deputy Solicitor General "demoralization of the service leaning in the direction of being overly careful and therefore risking the life of the President."