In its  opinion in Wilkins v. Daniels, a panel of the Sixth Circuit affirmed the district judge and affirmed the constitutionality of the Ohio Dangerous Wild Animals and Restricted Snakes Act, which became effective January 1, 2014.  The Act prohibits possession of dangerous wild animals - - - including tigers, lions, bears, alligators, and pythons 12 feet or longer - - - without a permit.  The permit requirements include the implantation of a microchip under the animal's skin.  The Act includes an exemption for individuals accredited by the Association of Zoos and Aquariums (AZA) or the Zoological Association of America (ZAA).

The exemption in the Act's scheme and the "chipping" requirement give rise to the constitutional challenges. 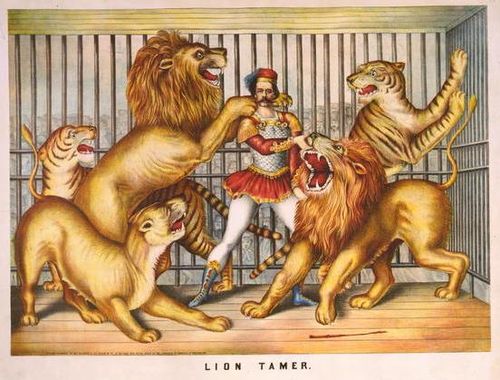 First, and perhaps most creatively, the challengers argued that the exemption for "individuals accredited by the Association of Zoos and Aquariums (AZA) or the Zoological Association of America (ZAA)" constituted compelled speech prohibited by the First Amendment.  This compelled speech argument had two "distinct but interrelated" parts:  a compelled association claim because the Act "forces" them to join either the AZA or ZAA and a compelled speech claim because the Act requires them to "subsidize the speech of their purely private political and ideological rivals,” the AZA or ZAA.

The panel briefly and accurately set out the doctrine and classic First Amendment cases, but the court's analysis is digestable to its conclusion that there was no compulsion, by association or subsidy: "There are fifteen ways appellants can comply with the Act: the permitting requirement and fourteen exemptions."  As the panel concluded, "[m]ere unwillingness to conform their conduct to the permitting requirements or the other thirteen exemptions does not mean that the Act compels appellants to join the AZA or ZAA."

Second, the challengers argued that microchipping requirement violated the Takings Clause.  The panel found the challenge not ripe because there was no pursuit of state compensation.  But, on the merits, the panel found that there was not a taking, stressing the physical taking (rather than the regulatory taking) aspect that seemed to be the central argument.  The court analogized to other types of "property," accepting the State's argument that if the Act’s microchipping requirement to be ruled a taking, “laws requiring license plates on cars, warning labels on packaging, lighting on boats, handrails in apartment buildings, and ramps leading to restaurants” would be suspect.

The court rejected these constitutional challenges that, while innovative, seemed to have little support in the doctrine.  The arguments also had little political appeal - - - the court notes in its opinion that the Ohio Act was prompted by an incident in which "an Ohio man released over fifty exotic animals before committing suicide."