In the controversial indictment by federal government of Barrett Brown (pictured below), one of the most startling First Amendment issues was the protection of "speech" consisting of hyper-linking.

Brown described himself in his court papers as "a thirty-two year old American satirist, author and journalist,"  who "founded Project PM, a collaborative web publication whose contributors conduct research using publically available materials such as information obtained from leakers and hackers" and that "came to focus on the private military and intelligence contracting industry. This transition came amidst a federal crackdown on leaks escaping Washington and an attempt to prosecute whistleblowers."  The indictment focused on the posting of a hyperlink to files from a third party, Stratfor, Strategic Forecasting, Inc., a "global intelligence" company.

Brown's  motion to dismiss the indictment included First Amendment arguments as well as arguments that his conduct did not satisfy the elements of the crime.

Today the United States Government moved to dismiss  its own indictment, counts 1, and 3-12 - - - all the counts reliant on the hyper-linking. 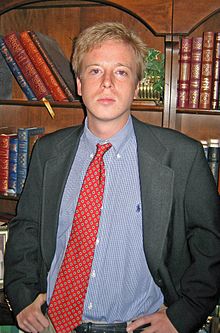 This leaves count 2 of the indictment: possession of stolen credit card account numbers and their CVVs (Card Verification Values), a count that Brown's own Motion to Dismiss similarly did not address.

This also leaves two other indictments against Brown.

Listed below are links to weblogs that reference Government Dismisses Bulk of Indictment Against Barrett Brown: