A panel of the Fifth Circuit upheld the restrictive abortion law of Texas in its opinion in Planned Parenthood of Texas Surgical Providers v. Abbott. 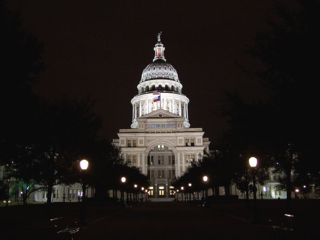 The Fifth Circuit quickly stayed the injunction.  In today's panel opinion, Judge Jones wrote that the the district judge's opinion "applied the wrong legal standards under rational basis review and erred in finding that the admitting–privileges requirement amounts to an undue burden for a 'large fraction' of the women that it affects."

As to rational basis, Judge Jones highlighted the highly deferential standard, its place in a democracy, its practicality (if the legislature doesn't think a law is working, it can change it), and its application to HB2:

Viewed from the proper perspective, the State’s articulation of rational legislative objectives, which was backed by evidence placed before the state legislature, easily supplied a connection between the admitting–privileges rule and the desirable protection of abortion patients’ health.

As to the undue burden, Judge Jones noted that the Supreme Court's 1992 decision in Planned Parenthood of Southeastern Pennsylvania v. Casey,

counsels against striking down a statute solely because women may have to travel long distances to obtain abortions. The record before us does not indicate that the admitting–privileges requirement imposes an undue burden by virtue of the potential increase in travel distance in the Rio Grande Valley.