In its relatively brief but potentially exceedingly important opinion in American Meat Institute v. United States Dep't of Agriculture, the District of Columbia Circuit upheld a meat labeling rule requiring increased specificity.  As the court explained, the 2013 rule regarding country of origin newly required the "production step," so that 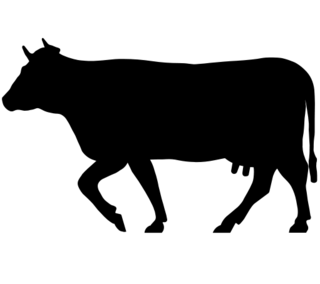 The meat producers argued that the new rule exceeded statutory authority and that it violated the First Amendment.  They sought a preliminary injunction which the district judge denied.

The DC Circuit's First Amendment analysis rejects the meat producers' arguments that Zauderer v. Office of Disciplinary Counsel (1985) should not be dispositive.  The panel opinion noted that Zauderer held that  mandated disclosures do not violate an advertiser’s First Amendment rights,  “as long as disclosure requirements are reasonably related to the State’s interest in preventing deception of consumers.”  But it rejected the meat producers' argument that the DC Circuit's opinion in Reynolds v. FDA held that Zauderer should be "applied only to disclosure mandates aimed at correcting deception" (emphasis in opinion).  The court noted that this interpretation also avoided a disagreement with other circuits, and also noted that "reasonable judges" could read Reynolds as so limiting Zauderer and thus suggested that the

full court hear this case en banc to resolve for the circuit whether, under Zauderer, government interests in addition to correcting deception can sustain a commercial speech mandate that compels firms to disclose purely factual and non-controversial information.

However, the panel provided its conclusion that other government interests were adequately served by the mandated labeling, including enabling

a consumer to apply patriotic or protectionist criteria in the choice of meat. And it enables one who believes that United States practices and regulation are better at assuring food safety than those of other countries, or indeed the reverse, to act on that premise.

Certainly the labeling of meat is not the other type of labeling currently being litigated in the courts as the opinion itself discusses.  (I've elsewhere argued that mandating clothes be labeled sweat-free or not should survive a First Amendment challenge).  The DC Circuit might do well to take the suggest for en banc consideration given the issue's likelihood of recurring.

The D.C. Circuit opinion is a very interesting analysis of commercial speech which adopts Zauderer v. Office of Disciplinary Counsel, 471 U.S. 626, 651 (1985). Now as consumers, we will have a chance to know provenance of cow meat sold in supermarkets.