Uganda's controversial law, The Anti-Homosexuality Act, 2014, long-linked to United States Evangelicals, has been challenged as unconstitutional by a petition filed in the Constitutional Court of Uganda.

The vast majority of the claims of unconstitutionality focus on the rights provisions in the Uganda Constitution, including explicit rights of equality, privacy, dignity, civic participation, freedom from cruel, inhuman and degrading punishment, expression, for persons with disabilities, and fair hearing.  The claims also rely on the principles in the "National Objectives and Directive Principles of State Policy" which are part of the Constitution. 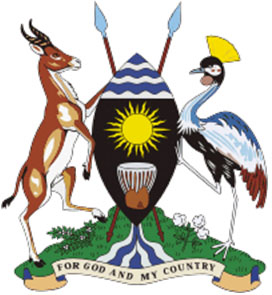 Here are a few examples of the ultimate legal arguments in the petition:

THAT sections 1, 2 and 4 of the Anti-Homosexuality Act 2014, in defining and criminalising consensual same sex/gender sexual activity among adults in private, are in contravention of the right to equality before the law without any discrimination and the right to privacy guaranteed under Articles 2(1) & (2), 21(1), (2) & (4) and 27 of the Constitution of the Republic of Uganda respectively;

THAT Sections 7 and 13(1) & (2) of Anti-Homosexuality Act 2014, in criminalising aiding, abetting, counselling, procuring and promotion of homosexuality, create offences that are overly broad, penalise legitimate debate, professional counsel, HIV related service provision and access to health services, in contravention of the principle of legality, the freedoms of expression, thought, assembly and association, and the right to civic participation guaranteed under principle XIV of the National Objectives and Directive Principles of State Policy, Articles 2(1) & (2), 8A, 28(1), (3b), & (12), 29(1), 36, 38(2), 42 and 44(c) of the Constitution of the Republic of Uganda 1995.

[H/T Tony Tate]
[Image of Uganda Coat of Arms via]

Listed below are links to weblogs that reference Constitutional Challenge to Uganda's Anti-Homosexuality Law: