The Town Hall Prayer Case in the Supreme Court - - - of Canada

Before the opening of each town hall meeting, the Mayor recites a prayer - - -

Almighty God, we thank You for the many favours that You have granted Saguenay and its citizens, including freedom, opportunities for development and peace. Guide us in our deliberations as members of the municipal council and help us to be well aware of our duties and responsibilities. Grant us the wisdom, knowledge and understanding that will enable us to preserve the advantages that our city enjoys, so that everyone can benefit from them and we can make wise decisions. Amen. 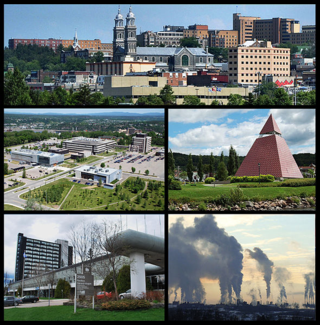 Montage of the City of Saguenay, Quebec

Although a government official  - - - rather than someone selected by government officials - - - recites the prayer (in French), the similarties to Town of Greece v. Galloway, argued before the United States Supreme Court in November, are obvious.   However, the religious practice of the City of Saguenay in the province of Quebec, is going before the Supreme Court of Canada in Mouvement laïque québécois (MLQ)  v. City of Saguenay.   (Americans might analogize the Quebecois MLQ to American organizations such as Freedom from Religion).

There's a terrific discussion of the case by Victor Yee over at "The Court," a blog from Osgoode Hall about the Supreme Court of Canada.

Any decision by the Supreme Court could have implications for Quebec's controversial attempt to regulate the wearing of "ostentatious" religious gear by public employees  and might draw on the Supreme Court of Canada's decision in R. v. N.S., involving the right of a witness in a criminal prosecution to wear a veil.   Although the challenge in City of Saguenay is akin to a US Constitutional "Establishment Clause" challenge and the Canadian doctrine of government religious neutrality.

Listed below are links to weblogs that reference The Town Hall Prayer Case in the Supreme Court - - - of Canada: