Supreme Court in Apel: First Amendment is an Issue on Remand?

The Court issued its opinion today in United States v. Apel, a case involving a protest outside a military facility.  As to whether the protest involved the First Amendment, that issue is still unresolved.  As we noted about the oral argument, mentions of the First Amendment were rebuffed and they play little role in the opinion, which concentrates on the statutory interpretation issue.

Nevertheless, Justice Ginsburg's concurring opinion, joined by Sotomayor, is worth reading in its entirety: 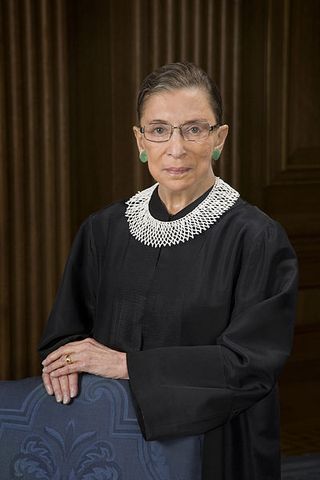 When the Government permits the public onto part of its property, in either a traditional or designated public forum, its “ability to permissibly restrict expressive conduct is very limited.” United States v. Grace, 461 U. S. 171, 177 (1983). In such venues, the Government may enforce “reasonable time, place, and manner regulations,” but those regulations must be “content-neutral [and] narrowly tailored to serve a significant government interest.” Ibid. (internal quotation marks omitted).

The stated interest of the Air Force in keeping Apel out of the area designated for peaceful protest lies in ensuring base security. That interest, however, must be assessed in light of the general public’s (including Apel’s) permission to traverse, at any hour of the day or night, the highway located a few feet from the designated protest area. See Appendix to opinion of the Court, ante (displaying maps of the area). The Air Force also permits open access to the middle school, bus stop, and visitors’ center, all situated in close proximity to the protest area.

As the Air Force has exhibited no “special interes[t] in who walks [or] talks” in these places, Flower v. United States, 407 U. S. 197, 198 (1972) (per curiam), it is questionable whether Apel’s ouster from the protest area can withstand constitutional review. The Court has properly reserved that issue for consideration on remand.  In accord with that reservation, I join the Court’s opinion.

[citations to opinion and briefs omitted].

Does this mean that Apel may have a First Amendment challenge yet?

Listed below are links to weblogs that reference Supreme Court in Apel: First Amendment is an Issue on Remand?: