Liberty Counsel, the organization that challenged California's ban on reparative therapy, has filed a petition for writ of certiorari in the United States Supreme Court.

Recall that the Ninth Circuit upheld the California statute in Pickup v. Brown in August 2013.  The  panel concluded that on the continuum between speech and conduct, California's SB 1172 landed on conduct, "where the state's power is great, even though such regulation may have an incidental effect on speech."   Applying a rational basis standard, the court rejected the claim that California legislature acted irrationally.

The Ninth Circuit has issued an opinion and rejected en banc rehearing over a dissent by Judge O’Scannlain, joined by Judges Bea and Ikuta.  The dissenting opinion began with a forceful "issue statement" worthy of an oral argument:

May the legislature avoid First Amendment judicial scrutiny by defining disfavored talk as “conduct”? That is what these cases are really about. 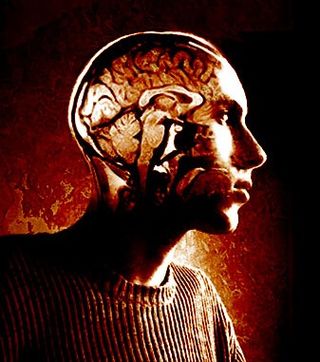 First, Judge Graber adds a brief discussion  [in italics below] before the more detailed discussion of Ninth Circuit precedent:

The first step in our analysis is to determine whether SB 1172 is a regulation of conduct or speech. “[W]ords can in some circumstances violate laws directed not against speech but against conduct . . . .” R.A.V. v. City of St. Paul, 505 U.S. 377, 389 (1992). “Congress, for example, can prohibit employers from discriminating in hiring on the basis of race. The fact that this will require an employer to take down a sign reading ‘White Applicants Only’ hardly means that the law should be analyzed as one regulating the employer’s speech rather than conduct.” Rumsfeld v. Forum for Academic & Institutional Rights, Inc. (“FAIR II”), 547 U.S. 47, 62 (2006). The Supreme Court has made clear that First Amendment protection does not apply to conduct that is not “inherently expressive.” Id. at 66. In identifying whether SB 1172 regulates conduct or speech, two of our cases guide our decision: National Association for the Advancement of Psychoanalysis v. California Board of Psychology (“NAAP”), 228 F.3d 1043 (9th Cir. 2000), and Conant v. Walters, 309 F.3d 629 (9th Cir. 2002).

Second, and more substantially, the amended opinion includes a discussion of Holder v. Humanitarian Law Project upon which the dissenting opinion relied, as well as expanding the reliance on Rumsfeld v. Forum for Academic & Institutional Rights, Inc. (“FAIR II”):

As we have explained, SB 1172 regulates only (1) therapeutic treatment, not expressive speech, by (2) licensed mental health professionals acting within the confines of the counselor-client relationship. The statute does not restrain Plaintiffs from imparting information or disseminating opinions; the regulated activities are therapeutic, not symbolic. And an act that “symbolizes nothing,” even if employing language, is not “an act of communication” that transforms conduct into First Amendment speech. Nev. Comm’n on Ethics v. Carrigan, 131 S. Ct. 2343, 2350 (2011). Indeed, it is well recognized that a state enjoys considerable latitude to regulate the conduct of its licensed health care professionals in administering treatment. See, e.g., Gonzales v. Carhart, 550 U.S. 124, 157 (2007) (“Under our precedents it is clear the State has a significant role to play in regulating the medical profession.”).

In sharp contrast, Humanitarian Law Project pertains to a different issue entirely: the regulation of (1) political speech (2) by ordinary citizens. The plaintiffs there sought to communicate information about international law and advocacy to a designated terrorist organization. The federal statute at issue barred them from doing so, because it considered the plaintiffs’ expression to be material support to terrorists. As the Supreme Court held, the material support statute triggered rigorous First Amendment review because, even if that statute “generally functions as a regulation of conduct . . . as applied to plaintiffs the conduct triggering coverage under the statute consists of communicating a message.” Humanitarian Law Project, 130 S. Ct. at 2724 (second emphasis added).6 Again, SB 1172 does not prohibit Plaintiffs from “communicating a message.” Id. It is a state regulation governing the conduct of state-licensed professionals, and it does not pertain to communication in the public sphere. Plaintiffs may express their views to anyone, including minor patients and their parents, about any subject, including SOCE, insofar as SB 1172 is concerned. The only thing that a licensed professional cannot do is avoid professional discipline for practicing SOCE on a minor patient.

This case is more akin to FAIR II. There, the Supreme Court emphasized that it “extended First Amendment protection only to conduct that is inherently expressive.” 547 U.S. at 66 (emphasis added). The Court upheld the Solomon Amendment, which conditioned federal funding for institutions of higher education on their offering military recruiters the same access to campus and students that they provided to nonmilitary recruiters. The Court held that the statute did not implicate First Amendment scrutiny, even as applied to law schools seeking to express disagreement with military policy by limiting military recruiters’ access, reasoning that the law schools’ “actions were expressive only because the law schools accompanied their conduct with speech explaining it.” Id. at 51, 66. Like the conduct at issue in FAIR II, the administration of psychotherapy is not “inherently expressive.” Nor does SB 1172 prohibit any speech, either in favor of or in opposition to SOCE, that might accompany mental health treatment. Because SB 1172 regulates a professional practice that is not inherently expressive, it does not implicate the First Amendment.

It's fair to say that these passages - - - incorporating United States Supreme Court cases - - - are intended to communicate to the Supreme Court Justices why the Ninth Circuit panel opinion does not merit review.