In its opinion in Dariano v. Morgan Hill Unified School District, the Ninth Circuit rejected a claim by students that their constitutional rights were violated when school officials banned their American flag clothing during a Cinco de Mayo celebration.

In contrast to Tinker, in which there was “no evidence whatever of petitioners’ interference, actual or nascent, with the schools’ work or of collision with the rights of other students to be secure and to be let alone,” id., there was evidence of nascent and escalating violence at Live Oak. On the morning of May 5, 2010, each of the three students was confronted about their clothing by other students, one of whom approached student M.D. and asked, “Why are you wearing that? Do you not like Mexicans[?]” Before the brunch break, [Principal] Rodriguez learned of the threat of a physical altercation. During the break, Rodriguez was warned about impending violence by a second student. The warnings of violence came, as the district court noted, “in [the] context of ongoing racial tension and gang violence within the school, and after a near-violent altercation had erupted during the prior Cinco de Mayo over the display of an American flag.” Threats issued in the aftermath of the incident were so real that the parents of the students involved in this suit kept them home from school two days later. 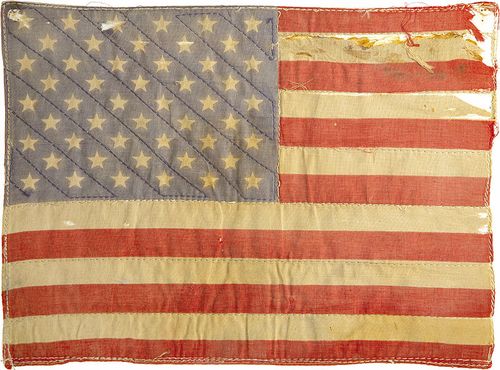 Moreover, the school did not "embargo all flag-related clothing," but "distinguished among the students based on the perceived threat level" and allowed "two students to return to class when it became clear that their shirts were unlikely to make them targets of violence."

The court also rejected the students' equal protection claim, which seemed to rest upon viewpoint discrimination, and indeed the court again relied upon Tinker.  The court further rejected the facial due process challenge to the school dress code, which prohibited clothing that “indicate[s] gang affiliation, create[s] a safety hazard, or disrupt[s] school activities," finding that it need not be more specific:

It would be unreasonable to require a dress code to anticipate every scenario that might pose a safety risk to students or that might substantially disrupt school activities. Dress codes are not, nor should they be, a school version of the Code of Federal Regulations. It would be equally unreasonable to hold that school officials could not, at a minimum, rely upon the language Tinker gives them.

While school dress codes and their application can raise grave constitutional concerns, the context as the court explains it here seems to warrant the tailored of school officials, American flag or not.