The judge first found that there were not sufficient allegations to satisfy Article III standing.  He  relied upon Laird v. Tatum, 408 U.S. 1 (1972) to conclude that there was not an injury in fact because, as in Tatum, the allegations of a "subjective chill are not an adequate substitute for a claim of specific present objective harm or a threat of specific future harm." 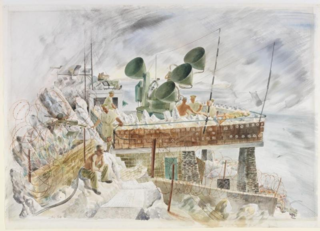 Listening-post at Spyglass, Gibraltar via

The judge also found that the causation requirement of standing was not met because any injury was not caused by the surveillance but by the revelation of the surveillance:

On the merits of the allegations, the judge applied the Iqbal "plausibility" and discriminatory "purpose" standard, Ashcroft v. Iqbal, 556 U.S. 662 (2009), and concluded that:

Plaintiffs in this case have not alleged facts from which it can be plausibly inferred that they were targeted solely because of their religion. The more likely explanation for the surveillance was a desire to locate budding terrorist conspiracies. The most obvious reason for so concluding is that surveillance of the Muslim community began just after the attacks of September 11, 2001. The police could not have monitored New Jersey for Muslim terrorist activities without monitoring the Muslim community itself. While this surveillance Program may have had adverse effects upon the Muslim community after the Associated Press published its articles; the motive for the Program was not solely to discriminate against Muslims, but rather to find Muslim terrorists hiding among ordinary, law-abiding Muslims.

Copies of the complaint and other pleadings are available at the Center for Constitutional Rights. The dismissal is sure to be appealed.