Judge Orlando Garcia's opinion in DeLeon v. Perry  issuing a preliminary injunction against a state constitutional same-sex marriage ban because it is most likely unconstitutional under the Fourteenth Amendment today marks the sixth time in recent weeks that a federal judge has reached such a conclusion. 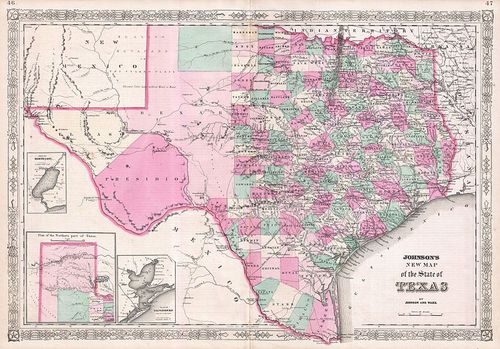 Judge Garcia's 38 page opinion begins with an extensive discussion of the parties, the statutory and state constitutional scheme in Texas barring same sex marriage, and even a discussion of the "national debate on same sex marriage beginning with the Hawai'i Supreme Court's 1993 decision in Baehr v. Lewin.   As a preliminary matter, he not only analyzes the standing issue, but also the United States Supreme Court's summary disposition in Baker v. Nelson, 409 U.S. 810 (1972), which would seem to have been rendered irrelevant by Windsor.

On the merits - - - or more properly, on the "likelihood to succeed on the merits" prong of the preliminary judgment analysis - - - Judge Garcia's analysis is well-crafted and closely reasoned.

Regarding equal protection, his analysis of the contention that sexual orientation merits heightened scrutiny is well-done, although he ultimately concludes that it is unnecessary to apply heightened scrutiny because "Texas' ban on same-sex marriage fails even under the most deferential rational basis level of review."  He concludes that the two government interests that the State proffers as supporting the same sex marriage ban as failing rational basis review.  First, the state's desire "to increase the likelihood that a mother and a father will be in charge of childrearing" is reinterpreted simply as childrearing.  As such, while the interest may be legitimate, it is not rationally served by banning same-sex marriage.  Second, the state's desire "to encourage stable family environments for responsible procreation" is similarly not served.  Third, Judge Garcia discusses "tradition," that while it was not explicitly advanced by the State, undergirds many of the State's arguments.  Here Judge Garcia finds that the interest is not legitmate.

In his analysis of due process, Judge Garcia, like Judge Allen in Bostic, finds marriage to be a fundamental right.  Judge Garcia marshalls the Supreme Court precedent thusly:

The State does not dispute that the right to marry is one of the fundamental rights protected by the United States Constitution. Oral Arg. Tr. p. 37 (arguing Texas marriage law does not violate Plaintiffs' "fundamental" right to marry). See, e.g., Zablocki v. Redhail, 434 U.S. 374, 384 (1978) ("[D]ecisions of this Court confirm that the right to marry is of fundamental importance for all individuals."); United States v. Kras, 409 U.S. 434, 446 (1973) (concluding the Court has come to regard marriage as fundamental); Loving v. Virginia, 388 U.S. 1, 12 (1967) ( The freedom to marry has long been recognized as one of the vital personal rights essential to the orderly pursuit of happiness by free men."); Skinner v. Okla. ex. rel. Williamson, 316 U.S. 535, 541 (1942) (noting marriage is one of the basic civil rights of man fundamental to our existence and survival); Maynard v. Hill, 125 U.S. 190, 205, 211 (1888) (characterizing marriage as "the most important relation in life" and as "the foundation of the family and society, without which there would be neither civilization nor progress.").

Judge Garcia also considers the failure to recognize an out of state same-sex marriage, as required by Texas law, and subjects this to rational basis, and analogizing to Windsor, finds this also easily fails.The opinion does seemingly address a popular audience, but even here Judge Garcia grounds his rhetoric in precedent:

Today's Court decision is not made in defiance of the great people of Texas or the Texas Legislature, but in compliance with the United States Constitution and Supreme Court precedent. Without a rational relation to a legitimate governmental purpose, state-imposed inequality can find no refuge in our United States Constitution. Furthermore, Supreme Court precedent prohibits states from passing legislation bom out of animosity against homosexuals (Romer), has extended constitutional protection to the moral and sexual choices of homosexuals (Lawrence), and prohibits the federal government from treating state-sanctioned opposite-sex marriages and same-sex marriages differently (Windsor).

Judge Garcia stayed his opinion, mindful of the stay in Herbert v. Kitchen. Thus until the Fifth Circuit hears the case - - - or another decision - - - same sex marriages will not be occurring in Texas.