Judge Allen's due process analysis begins by declaring that there "can be no serious doubt that in America the right to marry is a rigorously protected fundamental right" and she therefore subjects Virginia's marriage laws to strict scrutiny.  Given this formulation, she easily concludes that the state's proferred interests of tradition, federalism, and  "responsible procreation" coupled with "optimal child rearing" are not satisfactory.  The analysis often reverts to the language of lesser scrutiny, including this explicit statement regarding the procreation/child-rearing interest:

This rationale fails under the applicable strict scrutiny test as well as a rational-basis review. Of course the welfare of our children is a legitimate state interest. However, limiting marriage to opposite-sex couples fails to further this interest. Instead, needlessly stigmatizing and humiliating children who are being raised by the loving couples targeted by Virginia’s Marriage Laws betrays that interest. 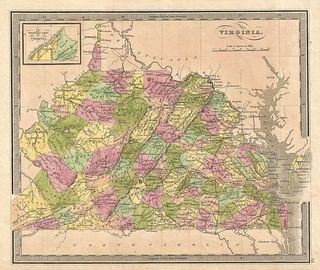 Virginia’s Marriage Laws fail to display a rational relationship to a legitimate purpose, and so must be viewed as constitutionally infirm under even the least onerous level of scrutiny. . . .

The legitimate purposes proffered by the Proponents for the challenged laws—to promote conformity to the traditions and heritage of a majority of Virginia’s citizens, to perpetuate a generally-recognized deference to the state’s will pertaining to domestic relations laws, and, finally, to endorse "responsible procreation"—share no rational link with Virginia Marriage Laws being challenged. The goal and the result of this legislation is to deprive Virginia’s gay and lesbian citizens of the opportunity and right to choose to celebrate, in marriage, a loving, rewarding, monogamous relationship with a partner to whom they are committed for life. These results occur without furthering any legitimate state purpose.

Judge Allen's opinion may be criticized as being longer on rhetoric than on exemplary legal analysis - - - a charge similar to that leveled against Justice Kennedy's opinion for the Court in United States v. Windsor declaring §3 of DOMA unconstitutional, upon which Judge Allen rightly relies.  Judge Allen's numerous of invocations of Loving v. Virginia - - - including beginning the opinion with an extensive quote from Mildred Loving - - - have special resonance in Virginia.  Yet at times, lofty language veers toward inaccuracy, as when the opinion states that "Our Constitution declares that 'all men' are created equal."  (That's the wording of the Declaration of Independence not the Fourteenth Amendment's Equal Protection Clause).  Others may contest that there can be "no serious doubt" that marriage is a fundamental right.

Nevertheless, Judge Allen's opinion follows on the heels of four other opinions by federal district judges reaching the same conclusion about their respective state laws and constitutional provisions:  Bourke v. Beshear from the Western District of Kentucky;  Bishop v. United States from the Northern District of Oklahoma, Obergefell v. Wymyslo from the Southern District of Ohio, and Kitchen v. Herbert, from the District of Utah (now stayed).

Judge Allen stayed the injunction against enforcement of the Virginia same-sex marriage ban, pending resolution by the Fourth Circuit.

But recall that the Virginia Attorney General has declared that he will not defend Virginia's same-sex marriage ban, a position that might mean that Judge Allen's opinion never reaches the Fourth Circuit as we analyzed here.

It is dismaying that so many judges today simplistically assert there is a fundamental right to a state marriage certificate, citing authority from over a quarter century ago, and do not even mention the legal changes since Turner that have erased the premises on which the Court relied to conclude there is such a right. Are the lawyers defending state laws not making that point? I chastised Virginia's Attorney General (despite my personal support for same-sex marriage) in this essay: http://jurist.org/forum/2014/02/james-dwyer-virginia-marriage.php.

"It is dismaying that so many judges today simplistically assert there is a fundamental right to a state marriage certificate..."

The Supreme Court has ruled no less than 14X that marriage is a "fundamental right" I guess you missed that part in law school!