The United States Supreme Court granted certiorari today in Susan B Anthony Fund v. Driehaus raising an issue of ripeness with the First Amendment issue in the background. 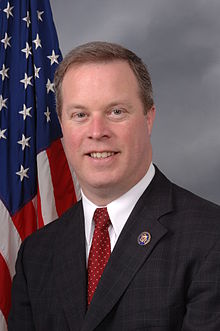 As the Sixth Circuit, explained, during the 2010 campaign, the SBA List wanted to put up a billboard in then-Congressman Driehaus's district criticizing his vote in favor of the Act. The planned billboard read: "Shame on Steve Driehaus! Driehaus voted FOR taxpayer-funded abortion." But the billboard never went up because the advertising company that owned the billboard space refused to put up the advertisement after Driehaus's counsel threatened legal action against it.

On October 4, 2010, Driehaus filed a complaint with the Ohio Elections Commission against SBA List claiming that the advertisement violated two sections of Ohio's false-statement statute. The first states that "[n]o person, during the course of any campaign for nomination or election to public office or office of a political party, by means of campaign materials . . . shall knowingly and with intent to affect the outcome of such campaign . . . [m]ake a false statement concerning the voting record of a candidate or public official." Ohio Rev. Code § 3517.21(B)(9). The second section prohibits posting, publishing, circulating, distributing, or otherwise disseminating "a false statement concerning a candidate, either knowing the same to be false or with reckless disregard of whether it was false or not, if the statement is designed to promote the election, nomination, or defeat of the candidate." Id . § 3517.21(B)(10).

The Sixth Circuit held that the claim was not ripe, reasoning that it could not show "an imminent threat of prosecution at the hands of any defendant" and thus could not "show a likelihood of harm to establish that its challenge is ripe for review."  There was no hardship to SBA because its speech was not chilled, according to the Sixth Circuit:  the only speech involved was the billboard and SBA List's president appeared on television and promised to "double down" to make sure its message flooded the congressperson's district.

Thus, the Sixth Circuit did not reach the First Amendment issue regarding Ohio's prohibition of false speech.  On this issue, the Court's opinion holding unconstitutional the criminalization of false statements in the federal "Stolen Valor" Act in its 2012 opinion in United States v. Alvarez is sure to assume center stage.  The Court will decide if there should be another chance to consider whether falsity should be categorically excluded from First Amendment protections of speech.

Listed below are links to weblogs that reference Supreme Court Grants Certiorari in Susan B Anthony Fund v. Driehaus on Ohio's Prohibition of False Election Statements: