In his opinion granting a final injunction in Obergefell v. Kasich, federal Judge Timothy Black addressed a particular enforcement of Ohio's limitation of marriage to opposite sex couples.   He also cited and relied upon an interesting conceptualization put forth by Steve Sanders in his article, The Constitutional Right to (Keep Your) Same-Sex Marriage, 110 Mich. L. Rev. 1421 (2011), available on ssrn. 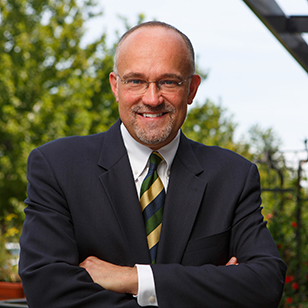 As the title indicates, Sanders argues that an individual who legally marries in his or her state of domicile, then migrates to another state, has a significant liberty interest under the 14th Amendment’s Due Process Clause in the ongoing existence of the marriage, as conceptually and doctrinally distinguishable from the constitutional “right to marry.”

Recall that the facts in Obergefell are especially sympathetic: one of the partners was a hospice patient and the relief requested regarded the martial status and surviving spouse to be recorded on the death certificate.  As NPR reported, the couple "chartered a special medical jet to Maryland, where gay marriage is legal, and held a simple ceremony on the runway.   And recall also that Judge Black's preliminary injunction opinion last July was one of the first after the Court decided United States v. Windsor, declaring section 3 of DOMA unconstitutional, and used Justice Scalia's dissent as part of the rationale for expanding Windsor.

In situations like those of Plaintiffs, however, where same-sex couples legally marry outside of Ohio and then reside in Ohio, a different right than the fundamental right to marry is also implicated: here, the constitutional due process right at issue is not the right to marry, but, instead, the right not to be deprived of one’s already-existing legal marriage and its attendant benefits and protections.

The footnote to this passage credits Steve Sanders article:

The concept of the right to remain married as a liberty interest protected by the Due Process Clause is eloquently advanced by Professor Steve Sanders in his article, The Constitutional Right to (Keep Your) Same-Sex Marriage, 110 MICH. L. REV. 1421 (2011). This judge acknowledges significant reliance upon Professor Sanders’s learned (and more extended) analysis of the fundamental right to remain married.

In the text of the opinion, Judge Black then quotes Sanders' article as stating, "In identifying the right to remain married as fundamental, Professor Sanders points out that the “[l]aw favors stability in legal relationships, vindication of justified expectations, and preventing casual evasion of legal duties and responsibilities.”

There is much talk about whether and when legal scholarship matters.  In our new "Scholarship Matters" series, we'll continue to note incidents of scholarly influence on legal doctrine.

Listed below are links to weblogs that reference Scholarship Matters: Steve Sanders, The Right to "Stay Married," and Obergefell Opinion: