In a lengthy opinion today in Bishop v. United States (Smith), Judge Terence Kern of the Northern District of Oklahoma found unconstitutional the state constitutional amendment, article 2, §35 that defines marriage as consisting "only of the union of one man and one woman," and further that no law "shall be construed to require that marital status or the legal incidents thereof be conferred upon unmarried couples or groups."

The lawsuit, originally filed in 2004 soon after the state constitutional amendment, also challenged the federal DOMA, as well as other portions of the state "little DOMA" and includes several plaintiffs.  As to these challenges, the judge found a lack of standing.  However,  as to the definitional section of article 2, §35 (above), known as "Part A" of the Oklahoma Constitutional Amendment, the judge found that the "Bishop couple" had standing - - - and that the provision violates the Equal Protection Clause of the Fourteenth Amendment to the U.S. Constitution. 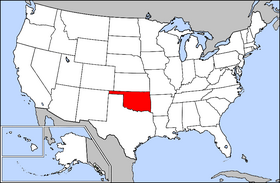 As to the Equal Protection claim, the judge rejected the argument by Smith, the Oklahoma county clerk, that Baker v. Nelson (1972) was binding precedent.  More interestingly, the judge also rejected the argument that last Term's decision in Windsor v. United States, holding section 3 of the federal DOMA unconstitutional was determinative:  "Both parties argue that Windsor supports their position, and both are right."

The Windsor Court did not apply the familiar equal protection framework, which inquires as to the applicable level of scrutiny and then analyzes the law’s justifications. Instead, the Windsor Court based its conclusion on the law’s blatant improper purpose and animus. See id. at 2693. The Court reasoned that DOMA’s “unusual deviation” from the tradition of “accepting state definitions of marriage” was “strong evidence of a law having the purpose and effect of disapproval of the class.” Id. The Court concluded, based upon DOMA’s text and legislative history, that DOMA’s principal purpose “was to impose inequality.” Id. Thus, Windsor does not answer whether a state may prohibit same-sex marriage in the first instance. Nor does Windsor declare homosexuals a suspect class or discuss whether DOMA impacted a fundamental right, which would have provided this Court with a clear test for reviewing Part A [of the Oklahoma Constitutional Amendment].

The judge then applied the Tenth Circuit's framework for analyzing equal protection questions:

By examining the legislative actions - - - including a press release - - - the judge found that the exclusion of the defined class was not a "hidden or ulterior motive," but was "consistently communicated to Oklahoma citizens as a justification" for the amendment.

For the next line of inquiry focusing on the justification for the discrimination, the judge rejected the argument that it was gender discrimination (relying on "common sense"), and concluded it could be best described as "sexual-orientation discrimination."  The judge applied the familiar "rationality" standard, but rejected the "morality" government interest originally proffered, as well as the "negative impact on marriage" interest.  While he did not use the label of "animus" for these interests, the import of the analysis is sympathetic to such a reading.

He similarly rejected the interests of "Encouraging Responsible Procreation/Steering Naturally Procreative Couples to Marriage," and "Promoting the “Optimal” Child-Rearing Environment,"  finding that while these interests might be legitimate, they were not being rationally served by the means chosen of prohibiting same-sex couples from marriage.

The Court permanently enjoins enforcement of Part A against same-sex couples seeking a marriage license. In accordance with the U.S. Supreme Court’s issuance of a stay in a nearly identical case on appeal from the District Court of Utah to the Tenth Circuit Court of Appeals, see Herbert v. Kitchen, U.S. Supreme Court Order in Pending Case 13A687 (Jan. 6, 2014), the Court stays execution of this injunction pending the final disposition of any appeal to the Tenth Circuit Court of Appeals.

Thus, same-sex marriages will not occur in Oklahoma as they did in Utah while the state government sought stays.  Instead, the Tenth Circuit's expedited appeal in Herbert v. Kitchen is now also determinative of Oklahoma.

Listed below are links to weblogs that reference Oklahoma District Judge Invalidates State's Prohibition of Same-Sex Marriage (But Stays Judgment):