Jeremiah Goulka's "How Federal Judges Use and Abuse the Words of Martin Luther King Jr. in Their Decisions," argues that when MLK is quoted in a federal court opinion, it's probably supporting a result that MLK would not have supported. 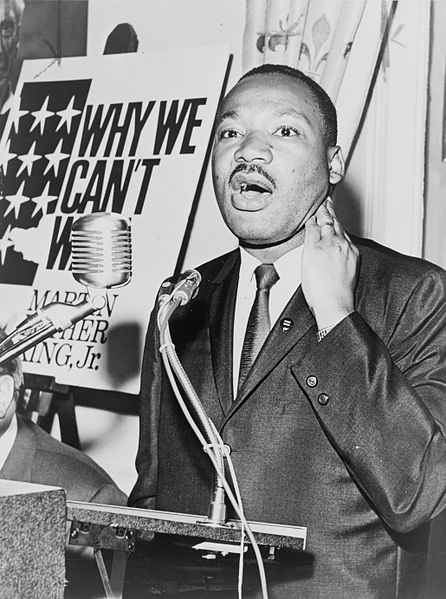 Goulka describes himself as a former law clerk to a judge on the Fifth Circuit, a former US Attorney and a former Republican - - - important perspectives for evaluating his largely polemical piece.  Here's a snippet:

In Vera v. Richards (1994), a panel of three Republican judges considered a Texas redistricting law that created three minority-majority congressional districts. Judge Edith Jones, a Reagan appointee whom both presidents Bush considered elevating to the Supreme Court, opened the decision by stating that the Voting Rights Act of 1965:

"marked the full maturity in American political life of the Founders' idea that "all men are created equal" and the Rev. Martin Luther King's hope that his children would be judged by the content of their character, not the color of their skin."

Ah, yes, the famous "content of their character" line. A little later in her introduction, she continues in the same vein:

"Racial gerrymandering is unconstitutional, but it is also morally wrong, inconsistent with our founding tradition and Martin Luther King's vision. The color of a person's skin or his or her ethnic identity is the least meaningful way in which to understand that person."

I can think of less meaningful ways to understand a person. (Do you like hot dogs?) You can guess which way they ruled.

This is worth a read on this MLK holiday.  For a less provocative read, there is President Obama's Proclamation.