Daily Read: Marjorie Cohn on the NSA Decisions and the Constitutionality of Surveillance

Over at Jurist, LawProf Marjorie Cohn (pictured below) intervenes in the constitutional conundrum caused by NSA metadata surveillance. 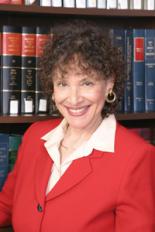 Cohn notes that the judges' differing opinions rest from their differing interpretations of Smith v. Maryland.  But Cohn goes further, providing a swift description the Fourth Amendment terrain, especially the Court's 2012 decision in United States v. Jones in which a 5-4 majority found that attachment of a GPS device to track the movements of a vehicle for nearly a month violated a reasonable expectation of privacy.

Cohn concludes that Judge Leon's opinion is better reasoned than Judge Pauley's, noting that while "Leon's detailed analysis demonstrated how Jones leads to the result that the NSA program probably violates the Fourth Amendment, Pauley failed to meaningfully distinguish Jones from the NSA case, merely noting that the Jones Court did not overrule Smith."

But she, like many others, thinks the issue is ultimately headed to the United States Supreme Court.

Unless, of course, President Obama acts quickly to revise the program.

Listed below are links to weblogs that reference Daily Read: Marjorie Cohn on the NSA Decisions and the Constitutionality of Surveillance: