In the provocatively titled "Is Obama Failing Constitutional Law?" and subtitled "Talking and tinkering may not be enough to make the old law professor’s surveillance program legal" Law Prof Jonathan Hafetz (pictured below) assesses President Obama's January 17 speech over at Politico. 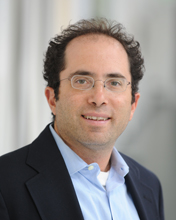 Here's Hafetz on the "mixed bag" of Obama's proposed reforms to the FISA court:

The court currently operates in secret and hears only from the government, contrary to basic principles of due process. Obama said he would ask Congress to create a public advocate to argue for privacy concerns before the FISA court, as his advisory panel urged. But Obama did not clarify whether the advocate’s opportunity to argue would be left within the secret court’s discretion. Obama also rejected the panel’s recommendation to revise the method for selecting the court’s 11 members to create more balance. Presently, Chief Justice John Roberts alone decides the membership.

Worth a read, in addition to our take here and Cyrus Farivar over at Ars Technica.

Listed below are links to weblogs that reference Daily Read: Jonathan Hafetz on Obama's NSA Speech: