With Hobby Lobby (and Conestoga Wood) headed to the United States Supreme Court, there's more and more commentary on the issue of whether a for-profit secular corporation, or its "owners" has a right to free exercise of religion under the Religious Freedom Restoration Act (RFRA) and the First Amendment's Free Exercise Clause sufficient to be exempted from compliance with the ACA's so-called contraception mandate requiring most employers to provide employees with health insurance that includes contraception.

Interestingly, after the grant of certiorari, some news reports headlined the religiousity of corporations aspect while others headlined the ACA contraception provision.

The issue has generated many commentaries which often take very polarized positions.  Here's a round-up: 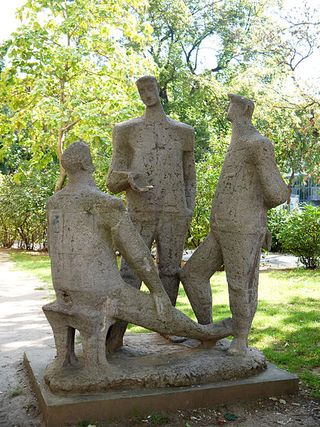 *     Garrett Epps' Hobby Lobby and the New 'Alienable' Rights in The Atlantic argues that "market triumphalism" is at the heart - - - and will determine - - - cases such as Hobby Lobby.  “In case after case, the Supreme Court, and some of the lower courts, have looked at speech cases solely from the point of view of the asset holder.”   The abstract “inalienable” framework of rights in the Constitution has been transformed into rights as  “assets”  that can be treated as property and owned by corporations, especially those that are assumed to “create” the jobs encompassing the rights being asserted by the individuals.  "The employees have no right to complain; they sold their rights on the free market."

*    Richard Garnett's The Righteousness in Hobby Lobby’s Cause in the LA Times argues that Hobby Lobby should be praised for maintaining and supporting responsible corporate ethics through religious commitment. "Like millions of religious believers and groups," these corporations "reject the idea that religious faith and religious freedom are simply about what we believe and how we pray, and not also about how we live, act and work."  At  "the heart"  of these cases "is the straightforward argument that federal law does not require us to 'check our faith at the door' when we pursue vocations in business and commerce."

*     Linda Greenhouse's  Doesn’t Eat, Doesn’t Pray and Doesn’t Love, in NY Times contends that the conflict is not really over religion but part of the continuing culture war surround sex.  “To the extent that the “contraceptive project” changes anything on the American reproductive landscape, it will be to reduce the rate of unintended pregnancy and abortion. The objection, then, has to be not to the mandate’s actual impact but to its expressive nature, its implicit endorsement of a value system that says it’s perfectly O.K. to have sex without the goal of making a baby. While most Americans surely share this view, given the personal choices they make in their own lives, many nonetheless find it uncomfortable to acknowledge.”

*    Dahlia Lithwick's Un-People over at Slate argues that the "conservative crusade to declare everything a “person”—corporations, fertilized eggs—will have disastrous consequences."  Lithwick notes the extension from Citizens United: "Corporate Personhood is back! And this time, it’s got God on its side.”  She predicts the consequences: "If for-profit secular corporations have religious beliefs, companies run by Christian Scientists can be free to limit medical treatment and those run by Jehovah's Witnesses could object to paying for blood transfusions. Artificially created constructs that exist to shield owners from lawsuits will be able to shield owners from compliance with basic civil rights laws."

*    David Catron's SCOTUS, Hobby Lobby, and Media Practice over at The American Spectator argues against the "mainstream media" characterizations:  “Those Americans still naïve enough to rely on establishment news outlets for information on current events are being told that Hobby Lobby v. Sebelius and Conestoga Wood Specialties v. Sebelius are part of a sinister conspiracy to restrict access to birth control, endow corporations with religious rights, and escalate the 'war on women.'" Instead, the main question should be this: "Can the government strip individuals of their religious liberties simply because they own a controlling interest in a corporation?"

*    Sally Cohn's When Religion and Liberty Collide over at the Daily Beast draws on originalist interpretations of the First Amendment's religion clauses that  "freedom *from* religion" is central.  She contends that "the settlers who came to America wanted to express their own religious beliefs, but an equal if not greater motivation was escaping the reality of religious tyranny embedded in government," and to "put it mildly, our forbearers would be appalled by how right-wing conservatives are trying to use government to force their religious views on all of us."

*    David Skeel's Corporations and Religious Freedom in WSJ argues that even if corporate religious rights are recognized, that doesn't mean there will be a flood of cases.  Corporations will need to meet the sincerity requirement "and sincerity is much easier to determine with a corporation than with an individual, since there is no need to look inside the heart of a corporation. If a corporation's certificate of incorporation requires that it be operated in accordance with religious principles, or if its board of directors has established a clear and explicit practice of pursuing religious objectives, it would qualify. Otherwise it would not."

*    Clarence Page's Law Protects All Faiths, Not All Behavior Op-Ed in The Chicago Tribune discusses the legal landscape in accessible terms, ultimately relying upon the belief/practice distinction as articulated  "in the 1878 test case of the bigamy conviction of George Reynolds, the personal secretary to Mormon leader Brigham Young."

*     Angelo Young's The Same Religious Conviction That Has Hobby Lobby Challenging Obamacare is Also Why Its Full Timers Start at $14 an Hour with Evenings (and Thanksgiving Off)  in International Business Times argues exactly what its title captures.  Focusing on Hobby Lobby, the article has an interview with David Green, the 73-year-old founder, including Green's comments about salary increases because "Our idea is that we should care about our people. It’s just a basic Christian do-unto-others idea."

*    Amanda Marcotte's Christian Conservatives Have Perfected Playing the Victim Card in Salon (via alternet) argues that by the controversy is fueled by conservatives "redefining “religious freedom” to mean its opposite."  She says  the "hope is that by repeatedly using the term “religious freedom” when they mean “giving the Christian right power to impose their faith on others,” they can eventually drain the phrase of all its meaning and finally, after decades of fighting secularism, make it easier for the religious right to strip away individual protections for religion.”

*    Megan McArdle's A Fight Over Contraception Won’t Help Obamacare Op-Ed in Bloomberg contends that the Obama Administration should "pick its battles carefully."  She argues that if the ACA is to be " viable for the long term" it will "need the support of folks like Hobby Lobby."

Listed below are links to weblogs that reference Survey of Recent Commentaries on the Religious Rights of Corporations in the Context of the ACA: