Supreme Court of India Upholds Constitutionality of Criminalization of Sodomy

In its long-awaited opinion in Koushal v. NAZ Foundation, the Supreme Court of India has reversed the 2009 decision of the Delhi High Court that §377 of the Indian Penal Code was unconstitutional under the India Constitution and upheld India's sodomy law as constitutional. 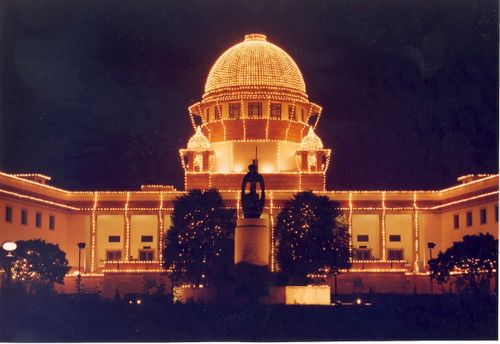 The Supreme Court decision noted that India's sodomy law was pre-constitutional - - - and derived from British rule - - - and also that the Court certainly had the power to declare the law unconstitutional as inconsistent with several provisions of the India Constitution, including

Nevertheless, the Court stated that there is a presumption of constitutionality given the "importance of separation of powers and out of a sense of deference to the value of democracy that parliamentary acts embody."

The Court's 98 page opinion authored by Justice Singhvi (who is interestingly scheduled to retire tomorrow, the day after the opinion was rendered), and without a dissenting opinion, criticizes the Dehli Court's reliance on non-national sources:

In its anxiety to protect the so-called rights of LGBT persons and to declare that Section 377 IPC violates the right to privacy, autonomy and dignity, the High Court has extensively relied upon the judgments of other jurisdictions. Though these judgments shed considerable light on various aspects of this right and are informative in relation to the plight of sexual minorities, we feel that they cannot be applied blindfolded for deciding the constitutionality of the law enacted by the Indian legislature.

For United States scholars, such concern for nationalism certainly echoes the dissenting opinion in Lawrence v. Texas, in which the United States Supreme Court held unconstitutional a state law criminalizing sodomy.  Yet in the India context, the fact that its constitutionalism is linked to British rule as well as the fact that the sodomy law is a product of colonialism (and is a law that the colonial power has since repudiated as former Australian High Court Judge Michael Kirby has analyzed as England's "least lovely" export) are distinguishing features.

Certainly, however, the problematizing of judicial review in the context of sexuality occurs in the United States cases as well as those from South Africa, an issue extensively discussed here.

And certainly, advocacy on behalf of "the so-called rights of LGBT persons" will be moving to India's Parliament.

[image of Supreme Court of India via]

Listed below are links to weblogs that reference Supreme Court of India Upholds Constitutionality of Criminalization of Sodomy: