In its highly anticipated judgment in Canada v. Bedford, the Supreme Court of Canada has unanimously declared several provisions of Canada's criminal code regulating prostitution and sex work to be inconsistent with the Canadian Constitution's Charter of Rights and thus unconstitutional, although it suspended the declaration of invalidity for one year to allow Parliament to act.

The provisions of the criminal code at issue were:

All there were declared inconsistent with §7 of the Charter which provides "Everyone has the right to life, liberty and security of the person and the right not to be deprived thereof except in accordance with the principles of fundamental justice."  The Court was clear that it was security - - - and not liberty - - - that was the animating principle for its decision.

Importantly, prostitution itself is legal in Canada, an important underpinning of the Court's decision.  The Court reasoned that the criminal code provisions at issue heightened the risks prostitutes face, by not merely "imposing conditions" but also going "a critical step further by imposing dangerous conditions on prostitution" and prevent "people engaged in a risky — but legal — activity from taking steps to protect themselves from the risks."

The Court rejected the notion that the created danger was "negated by the actions of third‑party johns and pimps, or prostitutes’ so‑called choice to engage in prostitution."

The Court then engaged in a type of purpose, means, and balancing analysis familiar in constitutional law. 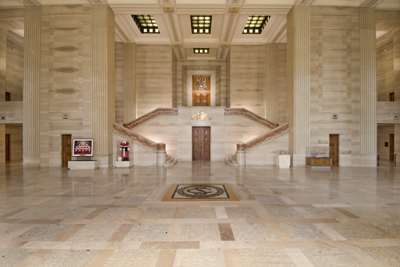 Quoting from the Court's handy summary of its reasoning and holding in this lengthy and scholarly opinion,

[First], the negative impact of the bawdy‑house prohibition (s. 210) on the applicants’ security of the person is grossly disproportionate to its objective of preventing public nuisance.  The harms to prostitutes identified by the courts below, such as being prevented from working in safer fixed indoor locations and from resorting to safe houses, are grossly disproportionate to the deterrence of community disruption.  Parliament has the power to regulate against nuisances, but not at the cost of the health, safety and lives of prostitutes.

Second, the purpose of the living on the avails of prostitution prohibition in s. 212(1)(j) is to target pimps and the parasitic, exploitative conduct in which they engage.  The law, however, punishes everyone who lives on the avails of prostitution without distinguishing between those who exploit prostitutes and those who could increase the safety and security of prostitutes, for example, legitimate drivers, managers, or bodyguards.  It also includes anyone involved in business with a prostitute, such as accountants or receptionists.  In these ways, the law includes some conduct that bears no relation to its purpose of preventing the exploitation of prostitutes.  The living on the avails provision is consequently overbroad.

The Supreme Court of Canada's unanimous opinion affirms a judgment by the Court of Appeal for Ontario and one might believe that Canada's remaining criminalization of sex work have been vanquished.  However, the Court recognized that the "regulation of prostitution is a complex and delicate matter," and that Parliament "should it choose to do so" could "devise a new approach, reflecting different elements of the existing regime."   The Court suspended its declaration of invalidity for one year.  And one might say that the "ball" is now in Parliament's "court."

Listed below are links to weblogs that reference Supreme Court of Canada Finds Prostitution Laws Unconstitutional: