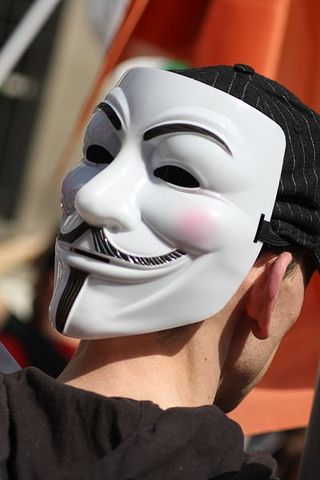 While the Guy Fawkes mask is identified with the Occupy movement and with "Anonymous," it has reportedly been adopted by at least one protestor against health care reform - a Florida protestor who was also a police officer carrying a hand gun.

As we've previously discussed, First Amendment challenges to the criminalization of wearing a mask have not been very successful, but there are definitely valid constitutional arguments.

For ConLaw Profs drafting exam questions, this could be an interesting issue, especially if it were integrated into the other challenges to the PPACA, such as the recent grant of certiorari in Hobby Lobby and Conestoga Wood,  including Judge Rovner's hypotheticals.

More about the arrest and Florida statutory scheme is here.