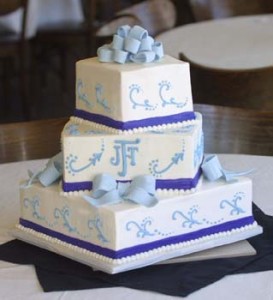 In Craig and Mullins v. Masterpiece Cakeshop, Inc., the subject is not the ACA ("Obamacare") as in the cases recently granted certiorari by the United States Supreme Court, or even a UK hotel or wedding photographs, both of which we discussed here, but a cake.  But all these cases raise a similar question: can a secular for-profit corporation, or its owners, be exempted from a law by reason of a religious belief?

The 14 page opinion  of the Administrative Law Judge (ALJ) in Masterpiece Cakeshop firmly rejects the arguments of the Cakeshop, reasoning that to accept its position would be to "allow a business that served all races to nonetheless refuse to serve an interracial couple because of the business owner’s bias against interracial marriage."  The ALJ was not persuaded by the fact that Colorado, where the cakeshop is located, does not recognize same-sex weddings, because the cakeshop owner admitted he would feel similarly if it were a same-sex commitment ceremony or civil union, neither of which is forbidden by state law.  Indeed, nothing compels the cakeshop or its owner "to recognize the legality of a same-sex wedding or to endorse such weddings," only, like "other actors in the marketplace serve same-sex couples in exactly the same way they would serve heterosexual ones."

The ALJ rejected the contention that "preparing a wedding cake is necessarily a medium of expression amounting to protected 'speech,' " or that compelling the treatment of  "same-sex and heterosexual couples equally is the equivalent of forcing"  adherence to “an ideological point of view.”  The ALJ continued that while there "is no doubt that decorating a wedding cake involves considerable skill and artistry," the "finished product does not necessarily qualify as 'speech.'"

As to the free exercise claim, the ALJ noted that the regulation at issue distinctly regulated conduct rather than belief.  The ALJ rejected the contention that it merited strict scrutiny, noting that the anti-discrimination statute was a neutral law of general applicability and thus should be evaluated under a rational basis test.  The ALJ also rejected the argument "because the public accommodation law not only restricts their free exercise of religion, but also restricts their freedom of speech and amounts to an unconstitutional “taking” of their property without just compensation in violation of the Fifth and Fourteenth Amendments"  a hybrid right meriting strict scrutiny was involved.  For the ALJ, the "mere incantation" of other constitutional rights does not a hybrid claim create.

The remedy was a cease and desist order rather than damages.

[image: one of the cakes advertised on the Masterpiece Cakeshop website]

Listed below are links to weblogs that reference Religious Right Not To Bake a Cake for a Same-Sex Wedding Rejected by ALJ:

Why doesn't Masterpiece just make the most basic cake it can, with cake mix thrown into a pan and very basic icing slathered over the finished cake? Then no artistry is involved, and they get their cake. If they want to sue because it's not up to muster, they have a pretty tough fight ahead.