The Court heard oral arguments today in United States v. Apel, an application and First Amendment challenge to 18 U.S.C. § 1382 regarding trespassing on a military base, in light of a pre-existing order barring Apel from Vandenberg Air Force Base in California.  There is a dispute whether the property in question is actually part of the military base and the Ninth Circuit reversed the conviction against Apel, as we discussed in our preview here.

Assistant Solicitor General Benjamin Horwich began by arguing that the statute clearly makes it a crime for a person to "reenter a military base after having been ordered not to do so by the commanding officer" and that the Ninth Circuit erred by adding a requirement that the defendant "must be found in a place that, as a matter of real property law, is within the exclusive possession of the United States."  Justice Ginsburg quickly noted that the Air Force manual and a JAG opinion had added those criteria, but Horwich argued those sources were advisory rather than binding.  The entirety of Horwich's initial argument was directed towards the characteristics of the properties in question, including a discussion of easements.

Indeed, only with Erwin Chemerinsky's argument on behalf of Apel is the subject of the First Amendment broached.  Chemerinsky begins his argument making the constitutional link:

This is a case about the right to peacefully protest on a fully open public road, in a designated protest zone. For decades, every lower Federal court, and, for that matter, the United States itself, interpreted 18 United States Code Section 1382 to apply only if there's exclusive Federal possession. Any other interpretation would raise grave First Amendment issues.

While the specter of unconstitutionality to direct statutory interpretation is not rare - - - think of the use of equal protection in the oral argument in last term's Baby Veronica case for example - - - Chemerinsky struggled to direct some Justices attention to the First Amendment.  When Chemerinksy echoed Justice Ginsburg's previous mention of  Flower v. United States (1972), Justice Kennedy injected that Flower was a First Amendment case and then repeated this observation, telling counsel to concentrate on the statutory argument.  Soon thereafter, Justice Kennedy admonished Chemerinsky ,"You're back on the First Amendment case."  And  then:

JUSTICE SCALIA: You keep sliding into the First Amendment issue, which is not the issue on which we granted certiorari. We're only interested in whether the statute applies.

JUSTICE SCALIA: You can raise it, but we don't have to listen to it.

Arguments continued about easements, functional possession, and exclusive possession, and a question from Justice Breyer including the fact that he had "looked at the Google maps." 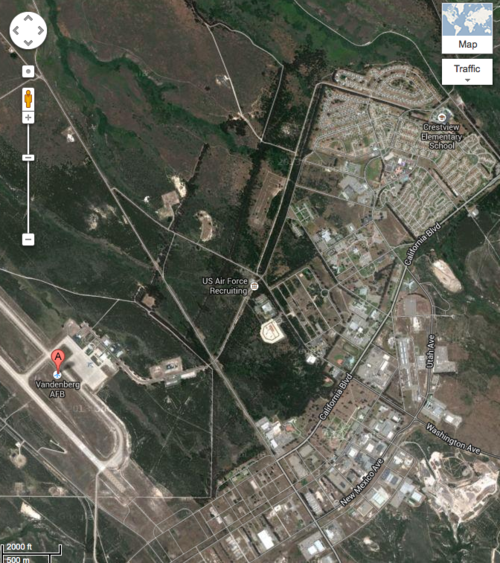 But then a similar colloquy about the relevance of the First Amendment occurred:

JUSTICE SCALIA: It seems to me a First Amendment argument and not an argument that goes to the scope of Section 1382.

JUSTICE SCALIA: So you are saying we should read the statute to say it only applies when it doesn't violate the First Amendment. Of course we'd read it that way.

MR. CHEMERINSKY: Of course, you should read it that way.

JUSTICE SCALIA: But not because it has anything to do with the scope of authority of the government. It's what the government can do. I -- I don't know how to read that, that text, in such a way that it will avoid all First Amendment problems. There is no way to do that.

MR. CHEMERINSKY:  I disagree, Your Honor.  I think that the reason that every lower court and the United States government itself have read "military installation" as exclusive possession is that otherwise it would raise First Amendment problems.

It was on Horwich's rebuttal that the fact that there is a designated protest area, from which Apel's ban is at issue, became clarified.  Justice Kagan asked Horwich to explain the "history of this First Amendment area," to which he replied that it was pursuant to litigation settlement, although he was unable to answer Kagan's follow up question about the type of litigation.

On the whole, it's doubtful that the Court will render an opinion in Apel destined for First Amendment treatises or casebooks.  On the other hand, any opinion will surely be written in the shadow of First Amendment doctrine and theory.