In his opinion in Klayman v. Obama, federal district judge (DDC) Richard Leon has granted a preliminary injunction against NSA surveillance of telephone metadata.  Judge Leon stayed the injunction "in light of the signficant national security interests at stake and the novelty of the constitutional issues."  And the preliminary injunction is limited to Larry Klayman and Charles Strange, barring the federal government from "collecting, as part of the NSA's Bulk Telephony 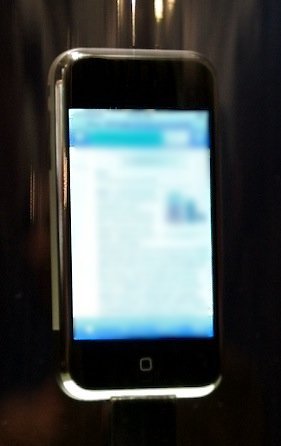 Metadata Program, any telephony metadata associated with their personal Verizon accounts" and requiring the government to destroy any previously collected metadata.

The "background" section of Judge Leon's opinion starts by specifically mentioning the "leaks" (his quotations) of classified material from Edward Snowden revealing the government's Verizon surveillance.   He then has an excellent discussion of the facts, statutory frameworks, and judicial review by the FISC (Foreign Intelligence Surveillance Court) [which others have called the FISA Court].

Judge Leon concluded that he did not have jurisdiction under the APA (Administrative Procedure Act), but that the plaintiffs did have standing to raise a constitutional claim under the Fourth Amendment.  On the substantial likelihood to prevail on the merits necessary for success on the preliminary injunction, Judge Leon ruled - - - importantly - - - that the collection of metadata did constitute a search.   Judge Leon also concluded that the collection of the metadata did violate a reasonable exepectation of privacy.   Judge Leon noted that technological changes have made the rationales of Supreme Court precedent difficult to apply, so that cases decided before the rise of cell phones cannot operate as a precedential "North Star" to "navigate these uncharted Fourth Amendment waters."

Having found there was a search that invaded a reasonable expectation of privacy, Judge Leon then concluded that the search was unreasonable.  Important to this finding was the efficacy prong of the analysis - - - or in this case, the inefficacy prong.  Judge Leon noted that the "Government does not cite a single instance in which the analysis of the NSA's bulk metadata collection actually stopped an imminent attack, or otherwise aided the Government in achieving any objective that was time-sensitive in nature." (emphasis in original).

Judge Leon acknowledged that some other judges have disagreed with his conclusions, and that the matter is far from clear, but he stated:

I cannot imagine a more 'indiscriminate' and 'arbitrary invasion' that this systemtaic and high-tech collection and retention of personal data on virtually every single citizen for purposes of querying it and anlyzing it without prior judicial approval.

As the above makes clear, it is not only the Fourth Amendment that Judge Leon feels has been violated, but the role of Article III courts in the constitutional separation of powers scheme.

Listed below are links to weblogs that reference Federal District Judge Grants Preliminary Injunction Against NSA Surveillance of Telephone Metadata:

thank that man for standing up when no one else was! :o yeah!