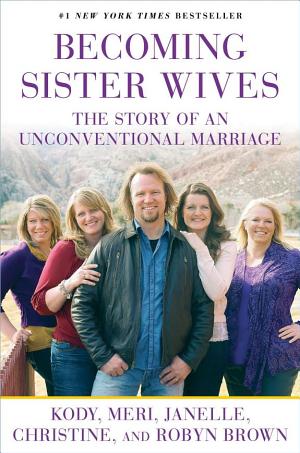 The challengers to the statute, the Browns, are famous from the reality program Sister Wives and the accompanying book ) and are represented by Professor  Jonathan Turley,  who blogs about the case here.

The judge's scholarly opinion includes a discussion of Edward Said's groundbreaking book Orientalism as a critique of the well-known passage in the United States Supreme Court’s 1879 decision in Reynolds v. United States upholding the criminalization of polygamy by reasoning, in part, that "Polygamy has always been odious among the northern and western nations of Europe, and, until the establishment of the Mormon Church, was almost exclusively a feature of the life of Asiatic and of African people."

In the due process analysis, the judge specifically found

there is no “fundamental right” to polygamy under Glucksberg. To phrase it with a “careful description” of the asserted right [citations omitted],  no “fundamental right” exists to have official State recognition or legitimation of individuals’ “purported” polygamous marriages—relationships entered into knowing that one of the parties to such a plural marriage is already legally married in the eyes of the State. The fundamental right or liberty interest that was under consideration in Glucksberg is instructive for the analysis of whether the asserted right to polygamy is “deeply rooted in this Nation’s history and tradition, and implicit in the concept of ordered liberty, such that neither liberty nor justice would exist if they were sacrificed.”

The judge also found that the criminalization of what it called the "religious cohabitation" portion of the statute did not rise to the level of a fundamental right, extensively discussing Lawrence v. Texas and the Tenth Circuit's limiting interpretation of Lawrence.

However, the judge did find that "the cohabitation prong does not survive rational basis review under the substantive due process analysis."  This analysis implicitly imported a type of equal protection analysis, with the judge concluding:

Adultery, including adulterous cohabitation, is not prosecuted. Religious cohabitation, however, is subject to prosecution at the limitless discretion of local and State prosecutors, despite a general policy not to prosecute religiously motivated polygamy. The court finds no rational basis to distinguish between the two, not least with regard to the State interest in protecting the institution of marriage.

Complementing this conclusion regarding discriminatory enforcement, the judge's free exercise of religion analysis concludes that while the Utah statute may be facially neutral, the cohabitation prong is not "operationally neutral" and not of general applicability.  The judge therefore applied strict scrutiny to the cohabitation prong and easily concluded the statute failed.

As an alternative free exercise analysis, the judge reasoned that the cohabitation prong also merited strict scrutiny because it involved a "hybrid rights" analysis under Employment Division, Department of Human Resources of Oregon v. Smith (1990), given the claims of due process, but also claims that the judge did not extensively analyzes such as free association, free speech, establishment, and equal protection.

Thus, the judge concluded the cohabitation prong of the statute is "unconstitutional on numerous grounds."  However, the court explicitly narrowed the constructions of  “marry” and “purports to marry" in the statute, so that the Utah statute continues to "remain in force as prohibiting bigamy in the literal sense—the fraudulent or otherwise impermissible possession of two purportedly valid marriage licenses for the purpose of entering into more than one purportedly legal marriage."  Not surprisingly then, the judge's opinion does not cite the Supreme Court's opinion last term in United States v. Windsor involving DOMA and same-sex marriage, in which Justice Scalia, dissenting, invoked the effect the decision would have on polygamy. [I've previously discussed the similarities of same-sex marriage and polygamy claims here].

Given the district judge's narrowing construction and the clear constitutional issues with the Utah statute's breadth, it might be possible that the state does not appeal.

Listed below are links to weblogs that reference Federal District Judge Finds Portions of Utah's Criminalization of Polygamy Unconstitutional: