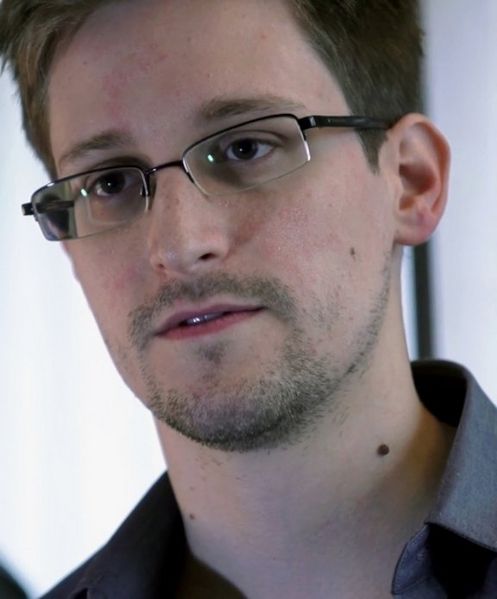 Janet Reitman's excellent article in Rolling Stone entitled "Snowden and Greenwald: The Men Who Leaked the Secrets" and subtitled "How two alienated, angry geeks broke the story of the year" is worth a read, nevermind the tags meant to attract Rolling Stone's target demographic.  With this past summer's  New York Time magazine article "How Laura Poitras Helped Snowden Spill His Secrets" by Peter Maas, there is much in both of these pieces that merits consideration.

True, the articles are journalistic.  Reitman tells us that for "a man living in the middle of a John le Carre' novel, Greenwald has a pretty good life."  She then talks about his dogs (also mentioned in the article by Maas).  It's the stuff of human interest stories.  But Reitman also gives Greenwald's story of lawyering: first with a law firm and then in his own practice, "defending the First Amendment rights of neo-Nazis.":

As for Snowden, he's also humanized, but to her credit, Reitman quotes his ideas and motivations.  She also situates him within a "community": there's former NSA official Thomas Drake and Wikileaks Julian Assange as well as Laura Poitras and Greenwald's partner David Miranda, who was stopped by British authorities at Heathrow airport in August.
And importantly, there's discussion of the rather murky legal, ethical, and journalistic landscape as it exists at the moment.
ConLawProfs: this could be an excellent assignment for the first day of classes, coupled with the NYT article on Laura Poitras.

Listed below are links to weblogs that reference Daily Read: Rolling Stone on Snowden and Greenwald :