It was not only that a panel of the Second Circuit stayed Judge Shira Scheindlin's orders in Floyd v. City of New York and in Ligon v. City of New York  regarding the NYPD's implementation of stop and frisk as violative of equal protection.  But the panel - - -consisting of Judges John M. Walker, Jr, José A. Cabranes, and Barrington D. Parker - - - took the unusual move of removing Judge Scheidlin from the case, as we discussed here. 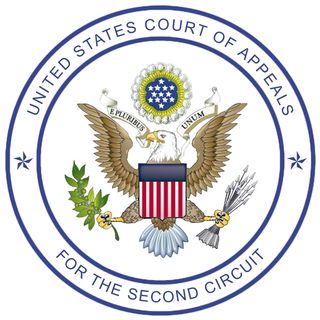 Now, counsel on behalf of Judge Scheindlin, have filed a Request for Leave to File Motion to Address Order of Disqualification (here). In addition to rules of appellate procedure, the motion relies upon the First and Fifth Amendments.  Specifically, the motion alleges that discussion of important legal issues by members of the judiciary is crucial to public understanding of the rule of law and is consistent with the values of the First Amendment, and that the general discussions by the judge cannot be deemed to "run afoul" of the Code of Judicial Conduct and cannot justify a sua sponte order removing her as judge.

The removal of the judge has been roundly criticized, but now the Second Circuit has been asked to respond.

UPDATE:  NYT article here; Excellent post over at "Wait A Second!" with link the transcript from the "related case" hearing.

Listed below are links to weblogs that reference Update on Stop and Frisk Judge's Removal by Second Circuit: Judge Shira Scheindlin Seeks Intervention :

This is certainly a bold move, but we continue to drift further and further away from the merits of this case and the streets of NYC. Also, the Fifth Amendment argument feels especially melodramatic, and cites to cases involving lack of notice to parties (who were sanctioned or otherwise punished without proper process). Here, the judge was not disqualified nor was she disciplined. Still, the Second Circuit's opinion leaves many questions unanswered. Why did it quote the Goldstein article but not pull the transcript from the Daniels docket? And the quote from Goldstein is actually a misquote--neither Goldstein nor Judge Scheindlin said that the filing fee for a new case was $65. It's $350, something that every lawyer and judge knows well. Also, the related cases rule leaves the decision to accept or reject a referred related case to the "sole discretion" of the judge to whom the case is referred, making the rule virtually impossible to violate. Whether the City had a fair shot in front of this judge is debatable, but the solution is to fix the local rules, not to cause further chaos in an already complicated case. I've written an article on the related cases rule, cited recently in the WSJ and available here; http://papers.ssrn.com/sol3/papers.cfm?abstract_id=2320689