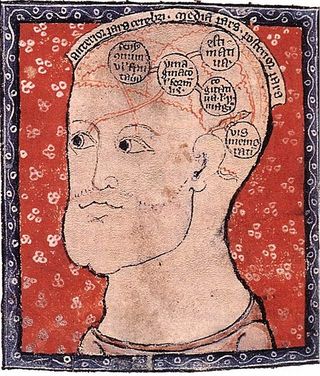 Recall that Chris Christie - - - now the recently re-elected Governor of New Jersey - - - signed the bill into law last August, accompanied by a signing statement, and that the plaintiffs, including Tara King, a licensed professional counselor, as well as National Association for Research and Therapy of Homosexuality (“NARTH”) and American Association of Christian Counselors (“AACC”), argued that the statute violates their First Amendment rights of free speech, rights of their clients to "receive information," and free exercise of religion, as well as clients' parental due process rights under the Fourteenth Amendment, in addition to concomitant rights under the New Jersey state constitution.

Regarding speech, Judge Wolfson concluded that on its face, the statute plainly regulates conduct, quoting the statutory language:

(emphasis in opinion).  She extensively discussed the Ninth Circuit's opinion in Pickup v. Brown, upholding a smiliar California statute prohibiting SOCE.  She briefly distinguished the federal district judge's opinion in Wollschlaeger v. Farmer declaring unconstitutional Florida's prohibition of physicians asking patients about gun ownership, noting that unlike the Florida law, the NJ statute "does not seek to regulate the conveying of information, only the application of a particular therapeutic method." She also confronted the implications of the plaintiffs' arguments:

there is a more fundamental problem with Plaintiffs’ argument, because taken to its logical end, it would mean that any regulation of professional counseling necessarily implicates fundamental First Amendment free speech rights, and therefore would need to withstand heightened scrutiny to be permissible. Such a result runs counter to the longstanding principle that a state generally may enact laws rationally regulating professionals, including those providing medicine and mental health services.

She likewise rejected the argument that there was sufficient expressive conduct to merit an analysis under the intermediate scrutiny standard of O'Brien, finding instead that rational basis was the appropriate standard and switching to a due process analysis, having "rejected Plaintiffs' First Amendment free speech challenge."  (footnote 22).  Not surprisingly, she finds this standard easily satisfied.  Relatedly, she easily concludes that the challenge to the term "sexual orientation" as vague and the challenge to the statute as overbroad are both without merit.

As to the free exercise of religion challenge, Judge Wolfson concludes that the statute is a neutral one of general applicability and rejects the argument that the statute's exceptions create a disproportionate impact on religious expression.  Again, she concludes that rational basis applies and for the same rationales discussed in the free speech analysis, the statute easily satisfies the standard.

In other matters, the judge found that the plaintiffs did not have sufficient Article III standing to raise the injuries to their minor clients and their parents.  On the other hand, the judge granted intervernor status to Garden State Equality.

The judge's opinion is a well reasoned one, and is certainly buoyed by the Ninth Circuit's similar conclusion.

The plaintiffs filed a Notice of Appeal  immediately, so the matter is already on its way to the Third Circuit.