In a divided opinion including two senior judges, the Court of Appeals for the District of Columbia Circuit in Gilardi v. HHS  entered the fray regarding corporate rights under RFRA and the First Amendment regarding the requirement that an employer include contraceptive coverage in its health care insurance.   Recall that just last week, the Sixth Circuit denied the claim of Eden Foods, following the decision of another panel of the circuit in Autocam Corp. v. Sebelius, decided in September, that agreed with the divided panel of the Third Circuit's July opinion in Conestoga Wood Specialties  that a for-profit secular corporation cannot assert a claim to religious freedom under RFRA, the Religious Freedom Restoration Act.  This is contrary to the holding of the divided  en banc Tenth Circuit's June majority opinion in Hobby Lobby v. Sebelius presently before the United States Supreme Court on a petition for writ of certiorari filed by the Solicitor General on behalf of Sebelius.

In Gilardi, the divisions by the DC Circuit judges  - - -  Janice Rogers Brown, Harry Edwards, and A. Raymond Randolph - - - reflect the divisions expressed in the other opinions.  Judge Brown's main opinion is joined in various parts by only one of the other two judges, both of whom wrote separate opinions.  Judge Randolph's opinion is a few pages, while Judge Edwards' opinion, concurring in part and dissenting in part is longer than the majority opinion.

The case involves Francis and Philip Gilardi, adherents of Catholicism, who oppose contraception for women.  They are owners of Freshway Foods and Freshway Logistics, closely-held corporations that employ approximately 400 employees.  Important for the analysis, the corporations "have elected to be taxed under Subchapter S of the Internal Revenue Code."  Judge Randolph's brief opinion has a good explication of the relevance of Subchapter S. 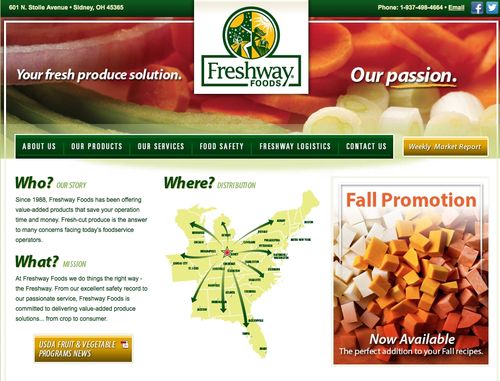 The judges, excepting Randolph, first decide that the corporations do not possess a right of religious freedom.  The majority finds that RFRA's "person" language does not solve the issue, and turns to First Amendment doctrine.  The court notes that perhaps the "constitutional arithmetic" of "Citizens United plus the Free Exercise Clause equal a corporate free exercise right" might "ultimately prevail, but "for now" there is "no basis for concluding a secular organization can exercise religion," thus agreeing with cases such as Eden Foods.  In the brief concurring opinion, Judge Randolph states this issue need not have been addressed.

This "leaves the Gilardis," as the court phrases it, and finds that they suffer an injury "separate and distinct" from the corporation.  The majority - -  this time without the agreement of Judge Edwards - - - finds that the religious freedoms of the individual men are burdened under RFRA.  It applies strict scrutiny, as required by RFRA, but interestingly quoting from Fisher, last Term's equal protection case involving racial classifications in affirmative action programs at the the University of Texas.  The majority then rejects as compelling the government interests in safeguarding public health, protecting women's autonomy, or promoting gender equality, finding these interests both too broadly formulated and even if satisfactory, not being served by the least restrictive means.  In short, the majority concludes, even without the contraceptive mandate, the "statutory scheme will not go to pieces."

Judge Edwards' lengthy opinion finds that while the Gilardis may be sincere, the legal claim that the mandate imposes a substantial burden on their individual rights of free exercise of religion because "their companies are required to provide health insurance that includes contraceptive services" is "specious."  Judge Edwards argues that while the individuals may have Article II standing to pursue their claim, this does not mean that they have a valid one.  Judge Edwards extensively rehearses the Supreme Court's free exercise doctrine, intertwined with RFRA, and discusses the burden on the Gilardis.  In a paragraph that captures the disagreement over whether individuals are burdened by the acts of corporations, he argues:

Amici also contend that the difference between the Mandate and paying wages is akin to the difference between a person who opposes the death penalty being required to pay taxes that fund executions, and being required to “purchase the drugs for a lethal injection and personally deliver them to the facility where the execution will take place.” Br. of 28 Catholic Theologians and Ethicists at 19. The problem with this rather extraordinary example is that the Mandate does not require the Gilardis to have nearly this degree of personal involvement in providing contraceptives. The Mandate does not require the Gilardis to transfer funds from Freshway’s accounts directly to the manufacturers or retailers of contraception. Nor are the companies required to deliver or distribute contraception to employees. Under the Employee Retirement Income Security Act, 29 U.S.C. § 1132(d)(1), Freshway is a distinct legal entity from its self-insured group health plan. The plan is operated by a third-party administrator, and, pursuant to health privacy regulations, the Gilardis are actually prohibited from being informed whether individual employees purchase contraceptive products, or about any other information regarding employees’ health care decisions. See Br. of Americans United for Separation of Church and State, et al., at 29-30 (citing 45 C.F.R. § 164.508; 45 C.F.R. § 164.510). Moreover, the Gilardis are free to procure Mandate-compliant coverage for their employees through an entirely independent, third-party insurance carrier, rather than administering their own group health plan. Id. This is a far cry from personally purchasing contraceptives and delivering them to employees.

Further, Judge Edwards would find that even if there were a substantial burden, there are compelling governmental interests supporting the contraceptive mandate provisions, including "promoting public health, welfare, and gender equality."  He would find the exemptions narrow and, analogizing to the Social Security tax upheld by the United States Supreme Court, the scheme cannot function if persons are allowed to opt-out because money is being spent in a manner that violates their religious beliefs.

Because the district court found as a matter of law that the Gilardis did not have a substantial likelihood of prevailing on the merits, it denied the prelimiary injunction.  Having reversed that conclusion of law, the majority remands for a determination of the other considerations for a preliminary injunction.

But most certainly the Gilardis case - - - or this issue - - - will not simply end there.  It may be determined by what the Court does in Hobby Lobby, even as Freshway Foods is distinguished by being a different type of corporation.

I don't know if I've ever seen such a deep circuit split reached so quickly. This issue has seen courts writing diametrically opposed opinions--some deeply divided within the panel itself--almost weekly. SCOTUS seems obligated to take the case sooner than later.

My own research has shown that granting constitutional rights to corporations is actually the historical norm, rather than an aberration as anti-Citizens United commentators seem to think. You can read it here: http://papers.ssrn.com/sol3/papers.cfm?abstract_id=2338538