The oral arguments in Bond v. United States today evoked both the use of chemical weapons in the ongoing conflict in Syria and the understandings of the farmers of the Constitution regarding the  power given to the Executive, with "Advice and Consent of the Senate, to make Treaties, provided two thirds of the Senators present concur."  The treaty at issue is the Chemical Weapons Convention, but also at issue is the Chemical Weapons Implementation Act.

Carol Anne Bond was convicted of a crime in violation of the Act, 18 U.S.C. § 229(a).  But the fact that she is not a "terrorist," but rather a venegful woman in a love triangle, has caused much consternation.  While the international arms-control agreement prohibits nation-states from producing, stockpiling, or using chemical weapons, Bond, a biologist, used her expertise to spread injurious chemicals on the property of her former best friend, after learning that the friend was pregnant by Bond’s husband.   Although Bond was prosecuted in state court, she continued her campaign against her former friend and she was eventually prosecuted in federal court. 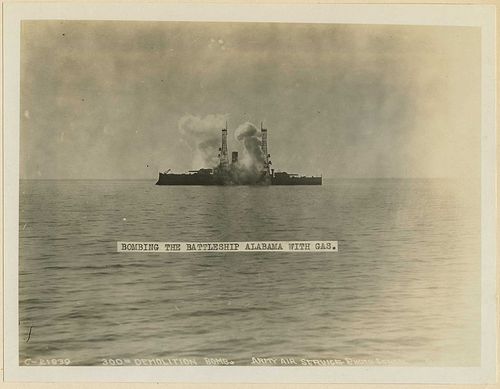 It's not the first time that Carol Anne Bond has been before the United States Supreme Court.  Recall that in 2011, the Court unanimously held that Bond could raise a Tenth Amendment claim in her prosecution, reversing the Third Circuit.

On remand, the Third Circuit rejected Bond's argument to  "set aside as inapplicable the landmark decision Missouri v. Holland, 252 U.S. 416 (1920), which is sometimes cited for the proposition that the Tenth Amendment has no bearing on Congress‟s ability to legislate in furtherance of the Treaty Power in Article II, § 2 of the Constitution."  Bond argued that "legal trends since the Supreme Court‟s 1920 decision in Holland make it clear that the Tenth Amendment should not be treated as irrelevant when examining the validity of treaty-implementing legislation."   The Third Circuit found that the Chemical Weapons Convention "falls comfortably within the Treaty Power's traditional subject matter limitation" and thus the implementing Act is "within the constitutional powers of the federal government under the Necessary and Proper Clause and the Treaty Power, unless it somehow goes beyond the Convention."  The Supreme Court (again) granted the petition for certiorari.

In a nutshell, Bond's prosecution under a federal law for what seems a state (local) crime raises issues of federalism not unlike the issues the Court has confronted regarding the power of Congress to criminalize guns in school zones (Lopez) or marijuana (Raich).  But the invocation of these cases at the beginning of Paul Clement's argument on behalf of Carol Anne Bond brought a clarification from Justice Scalia that the Court did not take the case to decide any Commerce Clause question.  Instead, the focus must be on the Treaty power and whether a treaty can alter constitutional structures, namely federalism.

Later, Justice Alito returned to these cases as well as Section 5 (of the Fourteenth Amendment) to pose a question to the Solicitor General about the Treaty power as circumventing the Court's limitations, and interestingly demonstrating a familiarity with scholarly articles:

JUSTICE ALITO: Whenever -- when this Court has issued decisions in recent years holding that there are some limits on Congress's power, cases like Lopez and Morrison and City of Boerne, there have been legal commentators who have written articles saying that could be circumvented to -- through the use of the treaty power. Do you agree with that?

The Solicitor General eventually answered that it depended on "whether the treaty is a valid exercise of the treaty power."

The limiting construction of the statute proposed by Paul Clement - - - war-like use of the chemicals as includable within federal power - - - proved problematic at times.  The Solicitor General argued that this was "one of the very things we are trying to sort out right now in Syria under the Chemical Weapons Convention is where the line is between peaceful and warlike uses."  On the other hand, the lack of a line other than valid treaty also proved problematical.

The Solicitor General often summoned originalist principles to support the primacy of a ratified treaty.  Justice Kagan in her questioning of Paul Clement suggested that all properly ratified treaties must be constitutional:

MR. CLEMENT: I would find that limitation in the structural provisions of the Constitution and the enumerated powers of Congress. And I would say that it would be very -­

MR. CLEMENT: Well, I think where that it would come from, again, is the structural provisions of the Constitution.

﻿As to federalism being a limit, Chief Justice Roberts responded to the Solictor General's argument that the framers deemed the 2/3 ratification by the Senate was an important protection of the interests of the States by noting that at that time, the Senate was elected by State legislatures.
The tenor of the arguments, the echoes of Bond's previous unanimous success at the Supreme Court on the Tenth Amendment standing issue, and the Court's majority suspicion of federal power may mean another win for Carol Anne Bond before the United States Supreme Court.
[image via]

Listed below are links to weblogs that reference Court Hears Oral Arguments in Bond v. United States on Treaty Power and Chemical Weapons: