Should Veterans Have Veterans' Day Off? Constitutional Concerns

The Veterans Day Off Bill, reintroduced by Congressperson Bruce Braley of Iowa this year would require employers with more than 50 employees to give any veteran Veterans Day off, with or without pay.   The bill includes an exemption for cases in which the day off would negatively impact public health or safety, or cause significant economic or operational disruption. 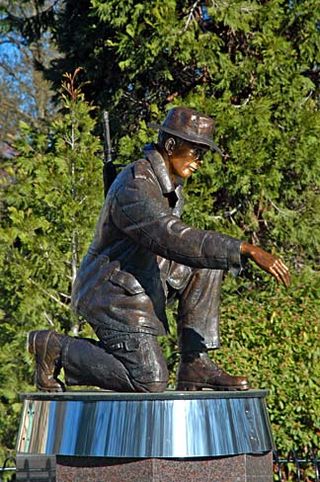 The major concerns about the constitutionality of the bill are twofold.

First, there could be an equality challenge.  Nonveterans could challenge the law as a denial of the equal protection component of the Fifth Amendment.  Certainly the law would be making a classification between veterans and nonveterans.  However, this classification receives receives the lowest level of scrutiny from the courts: the government would have the legitimate interest of "honoring veterans" and a single day off, that could be without pay, would most likely be reasonable.   It would be similar to veterans preferences in government employment which have been held constitutional, even though they have a disparate negative impact on women, as in Personnel Administrator of Massachusetts v. Feeney, decided by the United States Supreme Court in 1979.

Second, there could be a challenge to Congressional power to require private employers to allow employees a day off.  Requirements that private employers do not practice race or sex discrimination, or comply with wage and hour laws, or provide family medical leave, have all been held constitutional.  This law would be similar to those laws, as well as the the federal law protecting employment for those serving in the military, the Uniformed Services Employment and Reemployment Rights Act (USERRA).   The Bill does not apply to employees working for state governments where the Eleventh Amendment could serve as a potential bar to lawsuits seeking to vindicate rights.

Lastly, should the United States Supreme Court ever recognize that secular for-profit corporations have a free exercise of religion right under the First Amendment, the future could bring a challenge by the major shareholders of a corporation that sells sequins or makes kitchen cabinets  or sells groceries on the basis that the shareholders are Quakers, for example, who have a sincere and deeply held pacifist religious belief that would be burdened by being mandated to support a day off for someone who had participated in the activities of war.

[image: The Afghanistan-Iraq War Memorial in Salem, Oregon, via]

Listed below are links to weblogs that reference Should Veterans Have Veterans' Day Off? Constitutional Concerns: