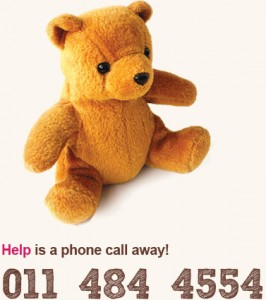 Before the Court was the criminal scheme in which two adolescents who had a sexual encounter with each other could both be guilty of having statutorily raped the other.  A "close in age" defense, when the parties' age difference was less than two years, was available in the statutory sexual assault situation, but not in the statutory rape situation in which "penetration" is required.

Written by Justice Sisi Khampepe, the opinion concludes that the criminal scheme violates the inherent right to dignity protected by §10 of the South African Constitution and the right to privacy protected by protected by §59 of the Constitution.  The Court's opinion also found that the criminal sanctions violated § 28(2) of the Constitution that provides that “[a] child’s best interests are of paramount importance in every matter concerning the child.”  It added that it is "trite that section 28(2) is both a self-standing right and a guiding principle in all matters affecting children, and that the criminal sanctions "exacerbate harm and risk to adolescents by undermining support structures, preventing adolescents from seeking help and potentially driving adolescent sexual behaviour underground."

In my view, there are clearly less restrictive means available for achieving the stated purposes of the impugned provisions. First, assuming criminalisation could be shown to be an appropriate response to deter consensual sexual acts which carry the risks of psychological harm, pregnancy or the contraction of sexually transmitted diseases, a narrowly focussed provision would target only those acts where these are potential risks. I have already noted that sexual penetration as defined goes well beyond sexual intercourse. Similarly, most of the acts falling within the ambit of sexual violation are not carriers of the recited risks. Thus, in relation to the purposes of preventing adolescents from suffering psychological harm, contracting sexually transmitted diseases and becoming pregnant, the impugned provisions are clearly and impermissibly over-inclusive. In any event, I am highly doubtful that the introduction of criminal prohibitions could ever be shown to be a constitutionally sound means of preventing the occurrence of such risks as teenage pregnancy. Certainly the respondents have put forward neither argument nor evidence to convince me otherwise.

Declaring the sections invalid "to the extent that they impose criminal liability on children under the age of 16 years,"  the Court then suspended the declaration for 18 months to allow Parliament to "correct the defects" in the legislation.

This is an important opinion for childrens' rights and sexual rights.

[image from The Teddy Bear Clinic via]