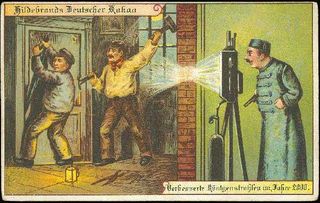 In an unanimous opinion in Marceaux v. Lafayette City-Parish Consolidated Government, a panel of the Fifth Circuit reversed and remanded the district court judge’s protective order requiring that the Plaintiffs, current and former police officers in the City of Lafayette, Louisiana, “take down” their website - - - "http://www.realcopsvcraft.com" - - - used to communicate their cause.  (Note: the website is presently not operable).

The appellate court rightly viewed the district judge’s order to cease the website as a prior restraint, but sought to “balance the First Amendment rights of trial participants with our affirmative constitutional duty to minimize the effects of prejudicial pretrial publicity,” citing the classic case of Sheppard v. Maxwell, 384 U.S. 333 (1966).

In this civil case, theFifth Circuit, however held that there was not sufficient evidence to "establish a nexus between the comments and the potential for prejudice to the jury venire through the entirety of the Website."  The panel found that ordering a removal of the website was not sufficiently “narrowly tailored” to "excising maters with a sufficient potential for prejudice to warrant prior restraint."

But the panel stated it did not intend to "tie the hands of the district court" in addressing some of the content of the website.  As to the specific content of certain recordings made by the Plaintiffs and placed on the website, the panel did discuss the "ethics" of this, noting both the that ABA position is that a lawyer who records the conversation of another does not necessarily violate the Model Rules of Professional Conduct AND that the recordings were not made by an attorney.  Thus, the district judge's conclusion that the recordings had to be omitted from the website because they were "unethically obtained" was disapproved.

This rather brief - - - 12 page - - - opinion is well reasoned and would make an interesting class exercise for First Amendment, especially should the website "go live" again.

Listed below are links to weblogs that reference Fifth Circuit Reverses Prior Restraint of Total Ban on Plaintiffs' Website: