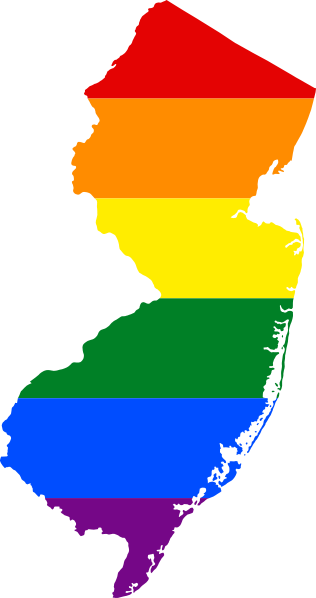 Because plaintiffs, and all same-sex couplies in New jersey, cannot access many federal marital benefits as partners in civil unions, this court holds that New Jersey's denial of marriage to same-sex couples now violates Article 1, Paragraph 1 of the New Jersey Constitution as interpreted by the New Jersey Supreme Court in Lewis v. Harris.

This is an interesting - - - but totally predictable - - - use of Windsor to undermine the very rationales of the state's highest court's determination that civil unions would satisfy equality concerns.

The judge admits that the doctrinal landscape is murky, but also that it is rapidly changing.   For this judge, effectuating the holding of the New Jersey Supreme Court in Lewis v. Harris that the state constitution required same-sex couples to be able to obtain all the same rights and benefits available to opposite sex couples compels the extension of marriage to same-sex couples.

As for New Jersey, odds are the state will appeal, although political considerations might weigh heavily.