Fourth Circuit: The First Amendment, Facebook, and a Sheriff's Election 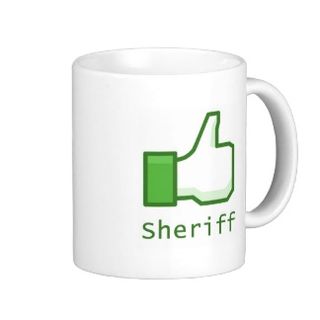 The Fourth Circuit's opinion in Bland v. Roberts addresses whether Sheriff Roberts violated the First Amendment rights of the six plaintiffs by terminating their employment in retailiation for their support of his opponent in an election, and whether Roberts has immunity.  The court reverses in part the grant of summary judgment to the sheriff by the district judge.

As the panel notes, the applicable doctrine is a merging of public employee speech doctrine, especially their rights to speak as private citizens which was clearly the case here,  and "the established jurisprudence governing the discharge of public employees,  because of their political beliefs and affiliation," as in Elrod v. Burns (1976) and Branti v. Finkel (1980).

An important question for some of the plaintiffs was whether some of their actions "on Facebook" met the First Amendment threshold of "speech."   The district court had concluded that “merely ‘liking’ a Facebook page was insufficient speech to merit constitutional protection,” but the Fourth Circuit panel disagreed.  Its discussion of  Fabeook's "like" - - - citing the amicus brief of Facebook, Inc. and posts on the Facebook site such as "What is a Facebook Page?" - - - led to its conclusion that once one understands the nature of what one of the plaintiffs

did by liking the Campaign Page, it becomes apparent that his conduct qualifies as speech. On the most basic level, clicking on the “like” button literally causes to be published the statement that the User “likes” something, which is itself a substantive statement. In the context of a political campaign’s Facebook page, the meaning that the user approves of the candidacy whose page is being liked is unmistakable. That a user may use a single mouse click to produce that message that he likes the page instead of typing the same message with several individual key strokes is of no constitutional significance.

Moreover, the importance of Facebook was clear, given that Sheriff Roberts "specifically warned his employees not to support [his rival] Adams through Facebook."  Roberts also seemingly specifically  "threatened that Adams supporters would not be reappointed."

Nevertheless, the Fourth Circuit panel found that three of the six plaintiffs did not present sufficient evidence to create a jury question.  Additionally, the panel found that the defendant was entitled to qualified immunity given the state of the law and Eleventh Amendment immunity as to money damanges, but not on the issue of reinstatement.

Judge Ellen Lipton Hollander, a Maryland District Judge sitting by designation, wrote separately to dsisagree on the issue of qualified immunity on the state of the law.

The majority concludes that, at the relevant time, “a reasonable sheriff could have believed he had the right to choose not to reappoint his sworn deputies for political reasons,” and, on this basis, it determines that Sheriff Roberts is protected by qualified immunity with respect to his discharge of [the three plaintiffs]. In my view, when these deputies were discharged in December 2009, the law was clearly established that a sheriff’s deputy with the job duties of a jailer could not be fired on the basis of political affiliation.

This case will most likely be cited and known for its finding of "like" on Facebook as speech.  But in addition, with its interweaving First Amendment issues and its questions of qualified immunity, Eleventh Amendment and otherwise, this case could be the basis of an interesting in-class exercise - - - or even exam question - - - for ConLawProfs.

Listed below are links to weblogs that reference Fourth Circuit: The First Amendment, Facebook, and a Sheriff's Election: