In the closely watched case of M.C. v. Aaronson,  a minor claims a violation of both substantive and procedural due process under the Fourteenth Amendment by South Carolina doctors who performed genital surgery on a child in state custody (foster care).    We discussed the case when the complaint was filed in May. 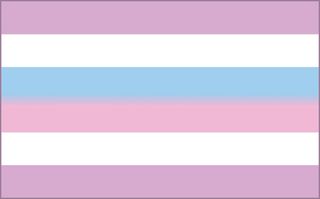 In a 15 page order United States District Judge David Norton denied the motions to dismiss by the various defendants.  With regard to the substantive due process right, the judge found that "M.C. has articulated that defendants violated his clearly established constitutional right to procreation.," and as a "result, defendants’ assertion of qualified immunity must fail at this stage in the litigation."  Given this conclusion, the judge stated he "need not consider M.C.’s arguments that defendants also violated his rights to privacy and bodily integrity."

As for the procedural due process rights, the judge again found that M.C. stated a claim, and that further analysis of the Matthews v. Eldridge factors was not appropriate at this stage.

But as the judge's opinion made clear, the hurdle of summary judgment looms:

Underlying this case’s complex legal questions is a series of medical and administrative decisions that had an enormous impact on one child’s life. Details of how those decisions were made, when they were made, and by whom are as yet unknown to the court. Whether M.C.’s claims can withstand summary judgment challenges, or even the assertion of qualified immunity at the summary judgment stage, is not for the court to hazard a guess at this time. It is plain that M.C. has sufficiently alleged that defendants violated at least one clearly established constitutional right – the right to procreate – when they recommended, authorized, and/or performed the sex assignment surgery in April 2006.

Indeed, this same order included a grant of M.C.'s request for expedited discovery.

Listed below are links to weblogs that reference Federal Judge Allows Lawsuit for Unconstitutional Sex Assignment Surgery to Proceed: